Panavia Tornado GR4 aircraft from the Royal Air Force’s 12 (Bomber) Sqn will continue to operate against Islamic State militants in Iraq until March 2017, further delaying the retirement of the type from UK service.

Announced by UK defence secretary Michael Fallon on 4 August, the “spearheading” squadron will continue to “offer the essential precision firepower, intelligence and surveillance needed” for another year.

Eight Tornados are flying in support of the mission, which has helped Iraqi forces push back IS from the Kurdish region and from towns such as Tikrit and Bayji, Fallon says.

“We want to ensure we maintain this crucial operational tempo and so we will extend the lifetime of [12 Sqn] for a further year to March 2017,” Fallon adds. “This will allow us to sustain our effort, helping the Iraqis lead the fight on the ground.” 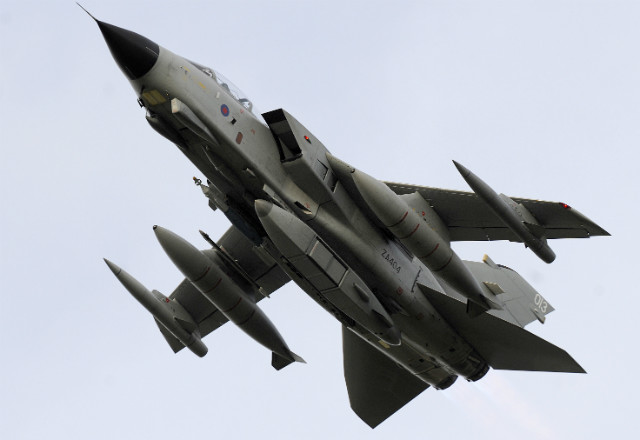 The squadron was originally disbanded in 2014 ahead of the completion of the UK's combat involvement in Afghanistan. This decision was subsequently reversed in January 2015 when the demand on the Tornados in Iraq became apparent, and the retirement date was extended to March 2016 before the decision was made to further extend this to March 2017.

“It is clear that the requirement for fast jet precision strike and intelligence gathering shows no sign of diminishing; extending the life of Number 12 (Bomber) Squadron will allow the Royal Air Force to continue to provide a unique and hugely valuable contribution to the coalition fight.”