A new fleet of fixed-wing trainers being introduced to Royal Air Force use over the next two years will transform the way it prepares new pilots, with the service now reviewing its plans for the trio of types.

Military release to service for the Grob Aircraft G120TP was achieved on 11 July, and the elementary trainer will be followed into use by the Embraer Phenom 100 and Beechcraft T-6C. The Elbit Systems/KBR joint venture company Affinity Flying Training Services is responsible for acquiring, introducing and supporting an eventual combined fleet of at least 38 aircraft.

Speaking to FlightGlobal at the Royal International Air Tattoo on 14 July, Air Marshal Sean Rey­nolds, deputy commander capability and air member for personnel and capability, said the RAF was assessing its training needs and delivery methods for the incoming fleet. His target is to reduce the time taken to prepare a new fighter pilot from five to 3.5 years, and cut its multi-engine crew training period by 30%, from two years currently. 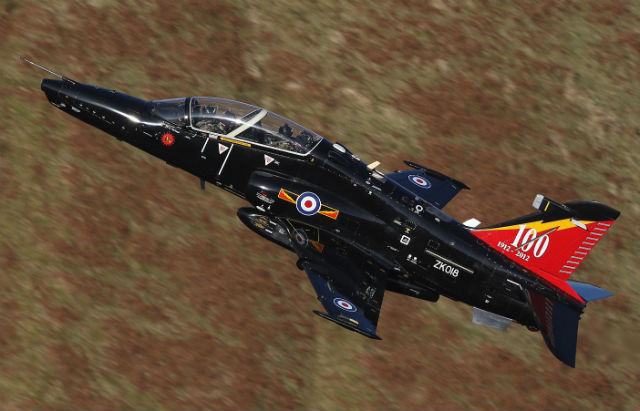 This involves assessing the work to be performed using the G120TP, T-6C and BAE Systems Hawk T2 advanced jet trainer, with annual use of the Hawk T2 fleet due to climb from 7,600h to 9,200h, enabling the Military Flying Training System programme to ready between 10 and 15 additional fighter pilots annually.

Increased use of synthetic training, and dropping tactical flying requirements for pilots who will operate transports with no such operational requirement, are among possible efficiencies.