Speaking at the Royal International Air Tattoo (RIAT) at RAF Fairford in the UK on 17 July, Vice Adm Makoto Sato, commander of the fleet air force for the service, said that the fleet is going through operational testing, all of which is on track to be completed by September.

The new type was first integrated with maritime squadrons flying the Lockheed Martin P-3 Orion – the aircraft that the P-1 is replacing – in March. The pair of aircraft on show at RIAT are due to continue on to Djibouti, to carry out operational testing in tropical conditions.

Since 2009 Japan has deployed P-3s in Djibouti in support of counter-piracy operations, so the ability of the P-1 also to operate in this climate is important. 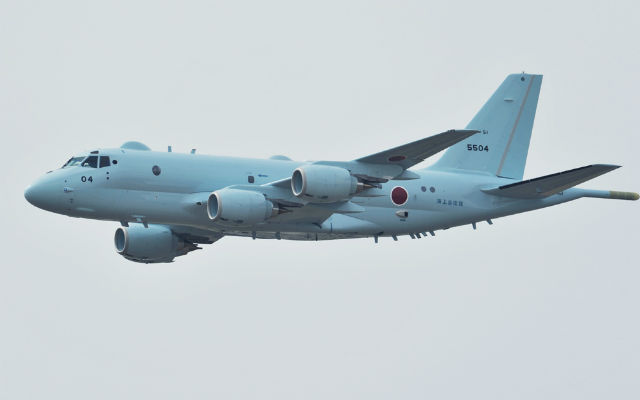 The UK currently has a maritime patrol aircraft capability gap, and Kawasaki is believed to be ready to offer the P-1, should a formal requirement emerge.

Interest in the potential for the UK to acquire the type increased at the show – it was the first time an indigenous Japanese type has been at RIAT – but Sato noted that an exchange with UK personnel is not in the pipeline.

“We don’t have that planned, but in the future – if agreeable – we would consider it,” he says. “On the other hand, we have only just started operations, so the Japan Maritime Self-Defence Force needs to reach full operational capability first.

“The other important reason to visit the UK is to carry out defence engagement and partnerships with the UK and participating nations,” Sato notes.

The Japanese service has so far had 10 P-1s delivered, all of which are assigned to its Atsugi air base. There is a total requirement from the force for 70 of the type, Sato says.