Partnering with Boeing to bid for the US Air Force’s T-X trainer programme is the latest high-profile step in Saab’s global expansion strategy and particularly in the Americas.

Before announcing the bid on 6 December to replace hundreds of ageing Northrop T-38C Talons with a purpose-built, new aircraft, Saab North America had already created a template for the parent corporation’s new strategy on foreign markets.

“We had a presence, but we felt we could do more here,” says Michael Andersson, executive vice president of Saab North America, in a recent interview.

Saab is partnering with Boeing on the design and assembly of a new trainer. It will compete with off-the-shelf models from the UK, South Korea and Italy, should the USAF decide to fund the T-38 replacement programme. 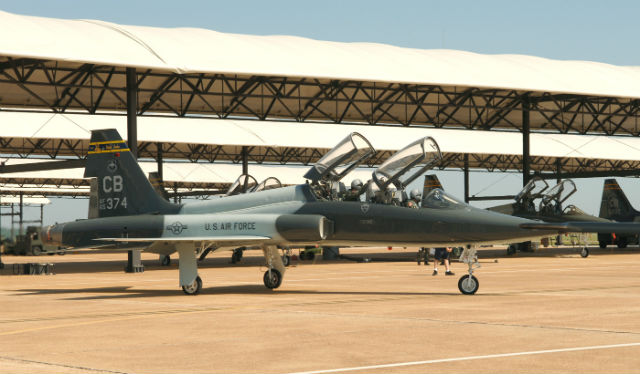 The agreement bears the mark of Saab’s growth strategy to date in the US market, which emphasizes partnering with domestic original equipment manufacturers. It was most notably used with the US Navy’s littoral combat ship (LCS) programme, in which Saab developed a US version of the Sea Giraffe radar in partnership with LCS prime contractor General Dynamics.

The Sea Giraffe example illustrates how Saab may pursue technology development under the T-X programme. A special problem for foreign contractors working on US military-funded projects are export control issues. Anything the US military buys automatically becomes subject to the International Traffic in Arms Regulations (ITAR), which can limit Saab’s ability to sell the same equipment to new or even existing customers abroad.

“What we’ve done in the case of the Girafffes, we’ve transferred technology to a certain point and then the product lines [split] in two ways – one for the US and one for the rest of the world,” says Andersson.

For years, Saab had mainly stayed on the sidelines on the lucrative US defence market, even as larger European rivals including BAE Systems, EADS and Finmeccanica launched aggressive campaigns for high-profile military contracts.

The $1 billion acquisition of US-based radar and air traffic management specialist Sensis in 2011 signaled a new growth strategy within Saab. The deal also drove the company to consolidate four North American units into two: Saab Defense and Security (SDS), with about 60% of revenues and Saab Sensis (SS), with 40% of sales.

The consolidation also came with a new approach to managing the classified information handled by the US businesses. The four units operated with three separate special security agreements (SSAs), which are units organised and managed under a separate board with an arms-length relationship with the company’s corporate headquarters in Sweden.

The streamlining of the SSAs into a single certificate under the SDS brand simplified the organisation.

“We only need one board – that’s a strong benefit for us,” Andersson says.

At the same time, Saab split Saab Sensis into two units. The radar division was combined into the Saab Support and Services division of SDS. Meanwhile, Saab Sensis was refocused on global and air and maritime traffic management.

The North American push came as Saab adopted a new strategy for markets outside Sweden. The company has recently divided the world into six regional markets, including the Nordic countries, Europe and the Middle East, sub-Saharan Africa, Asia-Pacific and the Americas.

As a result, the Latin American market, including Saab’s long-running bid for Brazil’s prized fighter contract, came under the North American division.

“You’re going to see a lot of staff moving out from Sweden and a lot of local hires as well,” says John Belanger, vice-president of communications for Saab North America.

Besides new partnerships such as for the T-X opportunity, Saab North America also hopes to market existing aircraft in the company’s portfolio to US government customers.

The US State Department, for example, received demonstrations earlier this year of the rotary-wing Skeldar unmanned air vehicle at White Sands missile range in New Mexico, Andersson says, although the potential fee-for-service deal has not materialised.

Perhaps more promising are special mission variants of the Saab 340 turboprop, which with a new auxiliary fuel tank can fly up to 8h non-stop with a full mission payload, including a radar and a forward-looking infrared sensor.

“We’ve started to socialise the communities here – various commands – with the platform,” Andersson says, “and I think it’s started to get some traction.”