One of Air Baltic’s Airbus A220s has been involved in a runway excursion while landing in poor weather at Riga airport.

The aircraft “slid off the runway” while arriving from Stockholm as flight BT102 on 3 December.

None of the 44 passengers was injured, says the carrier, and all of them were safely transported to the terminal.

It adds that the twinjet (YL-CSE) will undergo an inspection, and that the airline will work with authorities following the incident.

Heavy snow and the excursion resulted in Riga airport’s closing the runway for several hours, eventually resuming operations only with limited capacity. 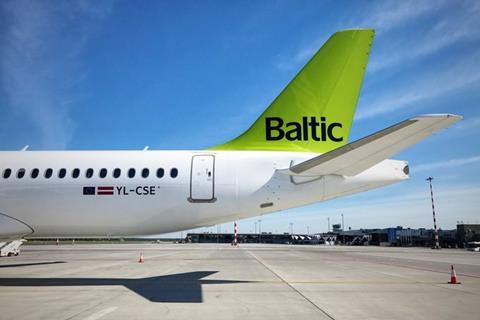 Air Baltic received the aircraft in 2017, when the A220 was still known as the Bombardier CSeries