An Air India Express Boeing 737-800 was involved in a taxiway excursion at Mangalore International airport on 30 June.

The low-cost arm of Air India says the aircraft registered VT-AYA had veered off the taxiway, just as it was vacating runway 24. At the time of the incident, the aircraft was operating as flight IX384 on the Dubai-Mangalore route.

"After landing on runway 24, while vacating the runway to the right side, [the aircraft went] off the taxiway into soft ground," says Air India Express in response to FlightGlobal's query.

"Tailwind and wet runway with inadequate braking action was reported." 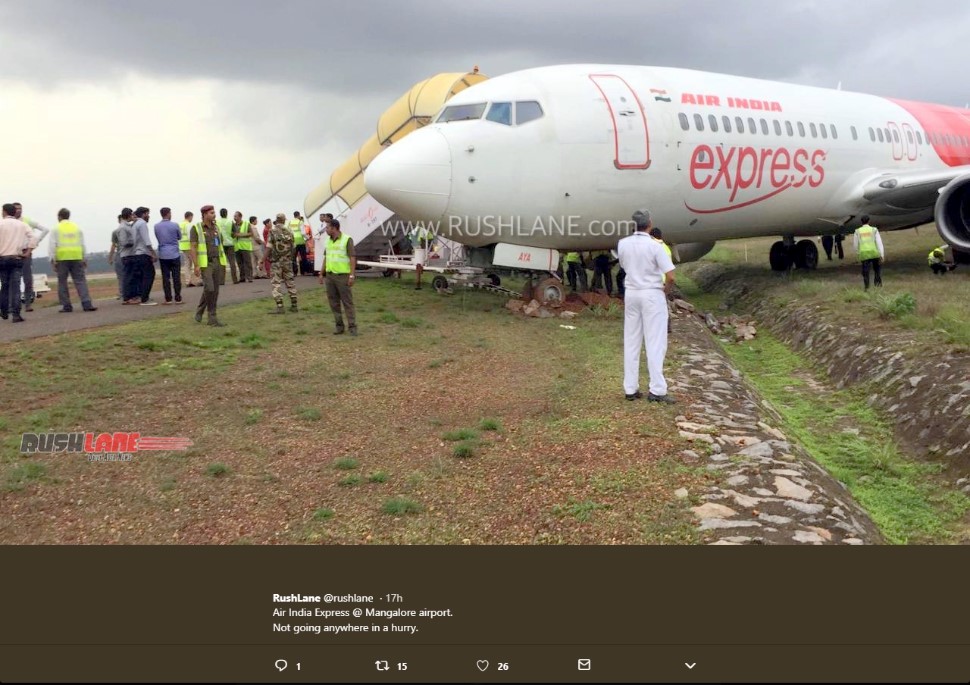 Images and videos on social media show that the jet stopped on a grassy patch next to a service road, not far from the passenger terminal. Based on Mangalore airport's aerodrome data, it is likely that the incident took place at taxiway E, located at the end of runway 24.

Cirium Fleets Analyzer shows that VT-AYA (MSN 36337) was delivered new to the carrier in April 2009. The airline owns and manages the aircraft, after acquiring it off lease in June 2015.