Brussels airport will rejig its departure and arrival configurations next year in order to cope with the closure of one of its main parallel runways for renovation.

Runway 07L/25R will be closed for about six weeks from 13 July 2020 to undergo replacement of its upper asphalt surface and overhaul of lighting, cabling and drainage. 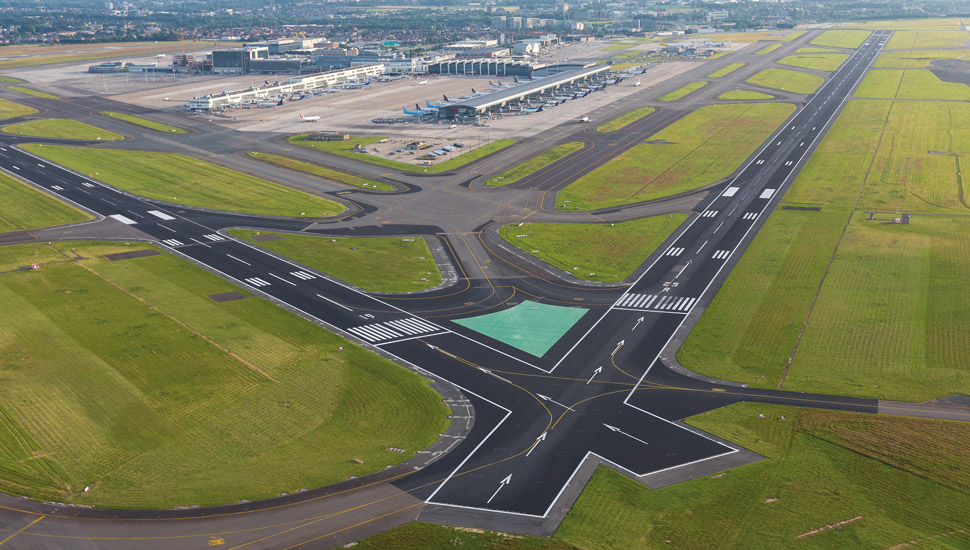 Air navigation service Skeyes will rejig the arrival and departure operations, taking into account such aspects as the federal government's preferential runway use.

Brussels airport's operator says the work will extend the life of the runway – last renovated nearly a quarter of a century ago – by at least 15 years.

"We will take the opportunity to carry out other works so we will not have to close the runway later," it adds. The other parallel runway, 07R/25L, and the slightly shorter 01/19, which intersects both parallels, were modernised in 2015-16.

For the whole six-week period the runway under renovation will be completely shut, while runway 19 will be recruited for take-off and landing. Work will be conducted at their intersection from 8 July, prior to the closure, limiting landing and take-off directions and distances.