Fatalities confirmed after An-12 crashes in Lviv

The aircraft (UR-CAH) had been operating from Vigo to Istanbul with a scheduled technical stop in Lviv.

But the An-12 came down in rough ground, in a district known as Sokilnyky which lies about 2.5km from the approach threshold to runway 31.

The accident occurred at 06:42 on 4 October, says the Ukrainian infrastructure ministry.

Ukraine's state emergencies service says the aircraft came to rest about 1,500m from the runway, having been lost from radar contact during its approach to Lviv international airport.

It was transporting automotive parts at the time, and was carrying eight personnel – seven crew members and an individual accompanying the cargo.

The aircraft suffered substantial structural damage but there was no fire, says the emergencies service. It says that one of the crew members disclosed that the An-12 made an emergency landing.

Five fatalities are confirmed, it adds, with three other occupants injured. Some 70 personnel have been working at the crash site.

Investigators have opened an inquiry into the accident, says the infrastructure ministry. 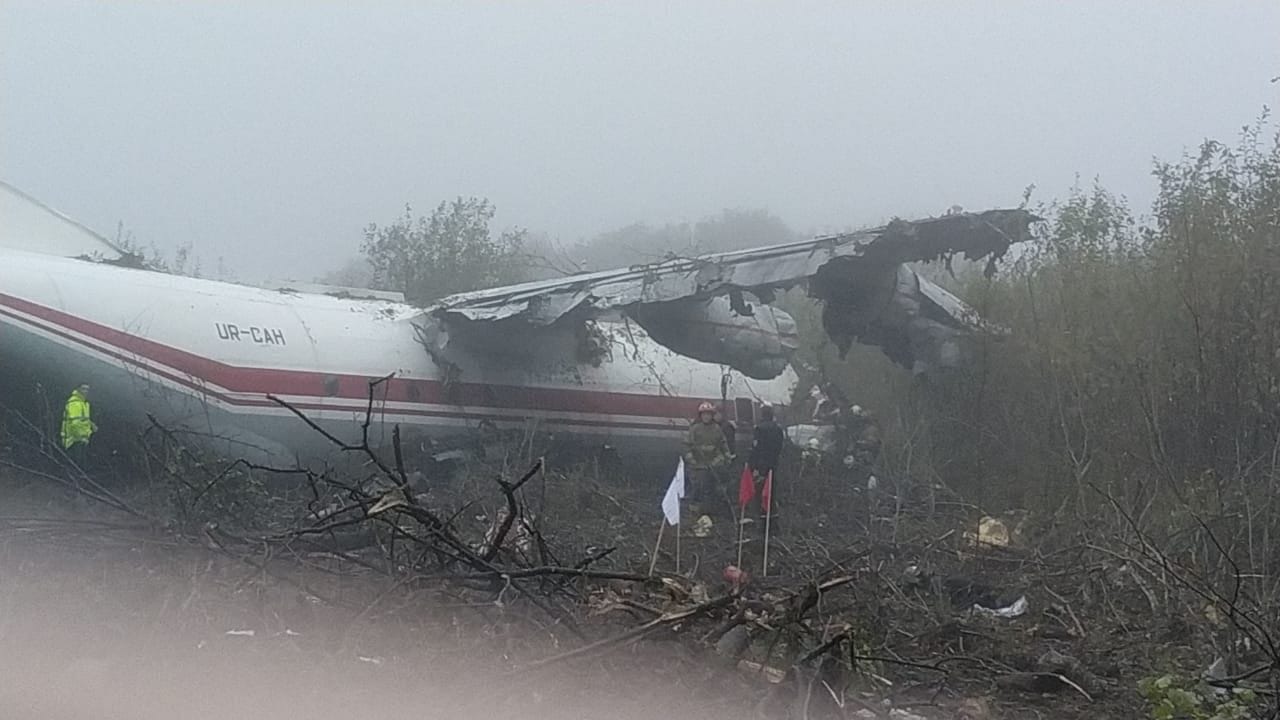