Caribbean operator Fly Jamaica believes all occupants of a Boeing 757-200 are safe after the aircraft was badly damaged in a landing accident at Georgetown, Guyana.

The aircraft had been around 10min into its flight OJ256 to Toronto when it turned around to head back to the departure airport.

Fly Jamaica says the twinjet had experienced a “technical problem” but that it subsequently suffered a landing accident. The aircraft appears to have conducted its approach to runway 06.

Flight Fleets Analyzer lists the carrier as having a single 757-200, the US-registered N524AT, a 1999 airframe originally delivered to ATA Airlines.

The aircraft is powered by Rolls-Royce RB211 engines.

Georgetown Cheddi Jagan airport’s operator states that six occupants among the 120 passengers and eight crew members were injured during the “emergency landing”.

It adds that none of the injuries is life-threatening.

Accompanying images from the airport operator, on its social media feed, indicate that the 757 has suffered substantial damage to its starboard wing and engine, as well as its landing-gear.

While the landing took place in darkness in the early hours of 9 November, meteorological data indicates that weather conditions were good. 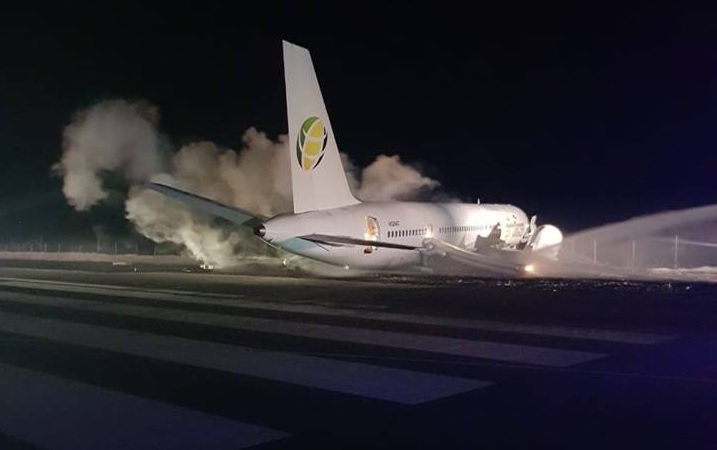