Investigators have cited crew experience in the successful resolution of an incident in which a Saab 340 was left operating on battery power alone, with multiple instrument failures, during an engine shutdown exercise.

The turboprop (G-NFLB) was being used for a training flight from Glasgow to convert crews to the type, with exercises including stalling and engine shutdown and restart.

Four occupants were on board: a type-rating examiner, supervising a captain being trained, and two other qualified personnel trained on the aircraft, including the programme manager overseeing introduction of the Saab 340 to service.

According to the Air Accidents Investigation Branch the intentional shutdown was partly aimed at demonstrating handling characteristics which were not replicated authentically by a simulator.

But after the left-hand General Electric CT7 engine was turned off at 12,000ft, the subsequent re-light was unsuccessful.

The crew diagnosed that the right-hand generator had failed, preventing cross-start of the left engine.

As a result, the aircraft was left flying on battery power and standby instruments alone, with the flight-management computer unavailable and the electronic flight instrument screens having blanked.

Use of structured decision-making procedure helped the crew to understand the situation and prioritise actions. Concern over limited battery life dissuaded them from attempting another re-light.

“The crew recognised that time, because of limited battery life, was a crucial resource to manage,” says the inquiry. Without load reduction, the battery life would have been less than 15min.

Co-ordination between the crew members and delegation of crucial tasks – including time monitoring, communication with air traffic control, and load-shedding of the electrical system to preserve battery endurance – enabled the trainee pilot to focus on flying the aircraft without unnecessary distraction.

The crew also took advantage of system knowledge to tie the batteries together, allowing systems on each side to share the battery life, says the inquiry: “The number, experience and composition of the crew aided the [captain] to manage a high-workload and time-critical situation.” 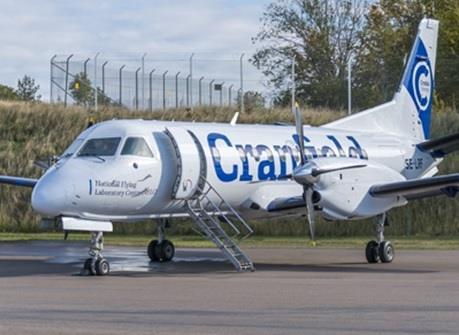 With only limited instruments functioning, and the combination of time constraint and weather conditions ruling out approaches to Prestwick and Glasgow, the crew considered diverting to Islay or Campbeltown airports.

While these airport only offered satellite-based approaches, the captain fortuitously had the electronic flightbag of his primary operator to hand which included a VOR approach for Campbeltown – enabling the aircraft to descend safely below minimum sector altitude and land 40min after the generator failure.

Cranfield University had acquired the aircraft a few months before the 14 September 2021 incident. It had flown with the organisation for 31h, having previously in long-term storage for about nine years after withdrawal from the fleet of US regional carrier Mesaba Airlines.

Investigators traced the generator failure to multiple engine-starts by a previous operator with insufficient time between them which would have allowed the unit to cool.

Given that the left engine would routinely be started first, and its generator then used to start the right engine, the right-hand generator was usually lightly loaded, and damage would only become apparent under high-load conditions such as those involving the in-flight engine restart.