The nose gear of a Bombardier Dash 8-300 operated by regional Canadian carrier PAL Airlines collapsed during landing at a Newfoundland airport on 15 November.

The aircraft was operating PAL flight 1922, a service from Wabush to Churchill Falls, both in Labrador, then onward to Deer Lake in Newfoundland, according to PAL.

Enroute to Deer Lake, the pilots received "an indication of a potential nose landing gear issue" prior to landing, says the St John's-based airline.

After performing a flyby of the Deer Lake control tower for a visual inspection, the pilots diverted to Stephenville, also in Newfoundland, due to poor weather at Deer Lake.

"The aircraft landed without the nose gear locked in position and came to a stop on the runway," PAL says.

None of the 47 passengers or four crew were injured, it adds. 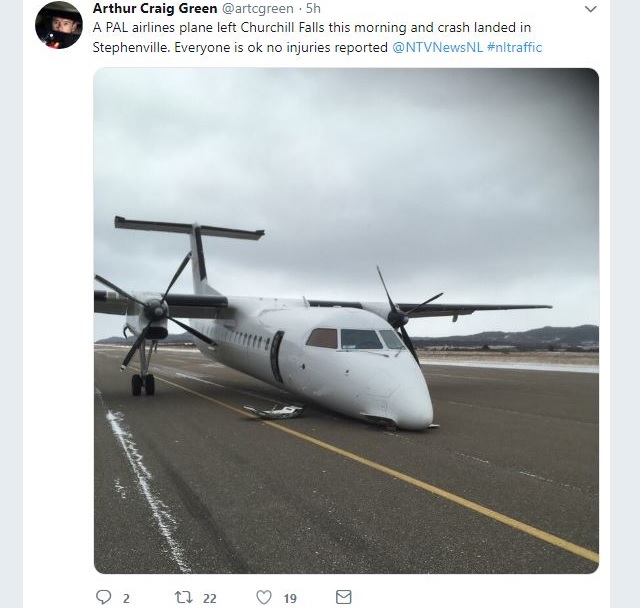 The Dash 8-300 has registration C-FPAE, according to photographs of the aircraft posted on social media.

Bombardier delivered that aircraft new to Spanish airline Air Nostrum in 2001, and PAL acquired it in 2010, according to the Flight Fleets Analyzer database.