Nigerian investigators have disclosed that a Turkish Airlines Airbus A330-300 suffered damage after travelling partially off the runway for a distance of some 400m following a landing at Port Harcourt.

The aircraft (TC-LOL), arriving from Istanbul at night on 30 December last year, had been established on the localiser for runway 21 and was stable during its approach.

Its crew had flown the aircraft manually from about 400ft, says the Nigerian Accident Investigation Bureau. The captain, who was flying, had 694h on type.

Preliminary findings show the aircraft landed to the right of the centreline, touching down about 612m from the threshold and almost immediately travelling over the edge with its right-hand main landing-gear.

It returned to the runway around 400m further on, and reached the centreline after another 440m. 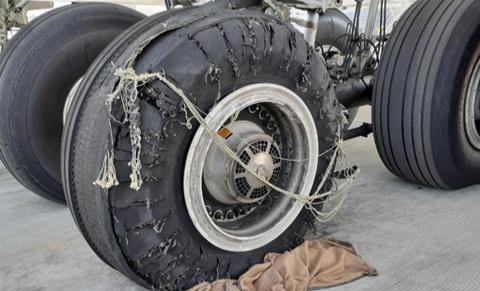 The incident resulted in scuffing of two main-gear tyres and the deflation of a third, plus denting to inboard flaps and the right-hand Rolls-Royce Trent 700 engine fan cowl.

Three runway edge lights were also damaged. Meteorological conditions at the time included calm winds and 5km visibility due to haze. None of the 295 occupants was injured.

Investigators have yet to reach conclusions over the circumstances of the event.