Sudden ignition during the replenishment of cockpit oxygen led to the blaze which severely damaged a SCAT Boeing 737-300 at Aktau.

Kazakhstan’s accident investigation authority states that an explosion occurred about 8min after the jet parked at Aktau airport’s stand 202 having arrived from Astana on 16 June 2015.

It had departed Astana with 142 passengers, five crew members, and carrying 10.8t of fuel.

FlightGlobal has obtained a copy of the inquiry report which reveals that the pressure in the cockpit oxygen system was recorded as 900psi, and two SCAT technicians worked to replenish it using compressed oxygen equipment from the facility of Euro Asia Air. 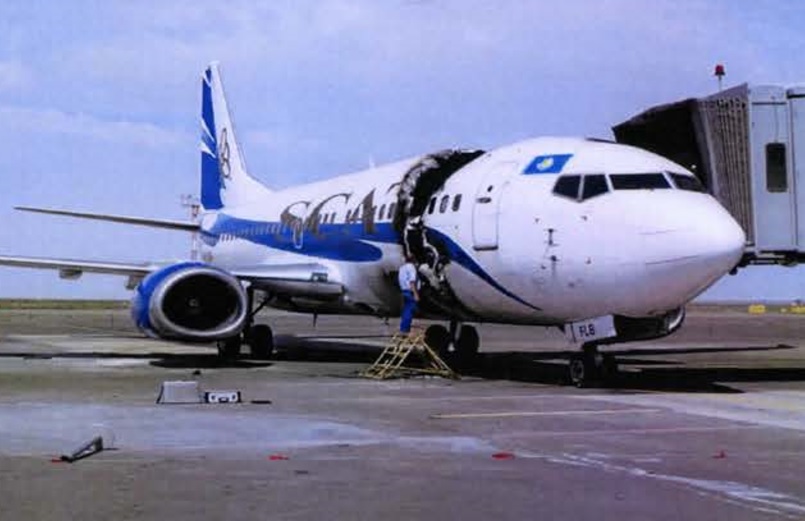 Investigators state that a baggage door on the jet was opened and a ladder installed, before both technicians climbed inside.

One of them closed and disconnected the aircraft’s oxygen cylinder before checking for leaks – none was detected – and verified the pressure on the oxygen equipment, which was 1,800psi. Then he opened the aircraft’s cylinder to refill it.

The inquiry says an explosion occurred inside the compartment, in the vicinity of the cylinder, followed by a rupture of the fuselage, accompanied by a flash and smoke on the starboard side.

One of the technicians jumped from the compartment and closed the valve of the oxygen supply equipment. Attempts to use fire extinguishers on the blaze “failed”, says the inquiry, and black smoke and flame began emanating from the forward baggage compartment.

The fire intensified but the first of several firefighting vehicles did not arrive until some 5min after the initial explosion. Extinguishing work took 10min but firefighters continued to use water to cool the aircraft afterwards until, after 30min, the situation was considered to be under control.

Investigators say the aircraft suffered “significant damage”, with its fuselage burned through between frames 380 and 440, but no-one was injured.

The inquiry says the damage to an oxygen hose during the refill and the “instantaneous” combustion of a fine particulate mixture in the compartment, enriched and fed by the oxygen flow, led to the fire.

Flight Fleets Analyzer lists the 1990-built aircraft (LY-FLB) as having been declared a total loss following the accident.

Investigators recommended one-time checks on storage conditions of oxygen cylinders, plus additional training to study the “peculiarities” of the 737 oxygen system and the procedures for replenishment.

Technical audits of ground-support services should also pay “special attention” to the condition of firefighting equipment available on the apron and aircraft parking stands, the inquiry adds. 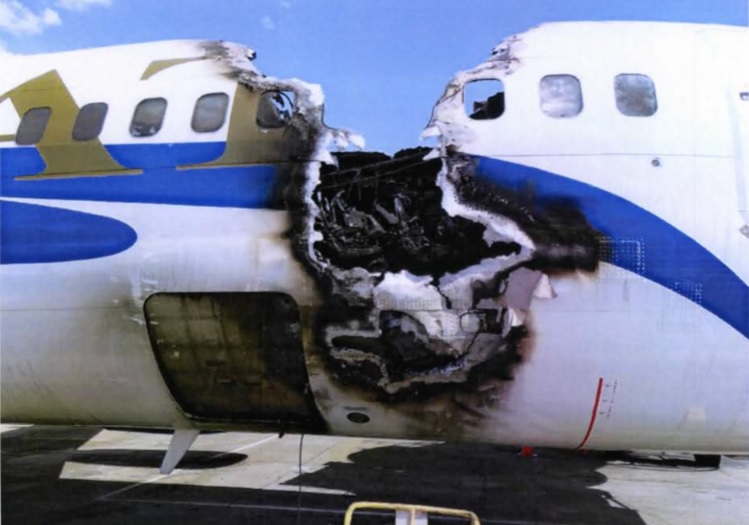