Thunderstorms and heavy rain were present when a Miami Air International Boeing 737-800 skidded off runway 10 at Jacksonville naval air station in Florida.

The aircraft – provisionally identified as N732MA – came to rest in the St Johns river which is situated some 1,200ft off the eastern end of the 9,000ft runway. 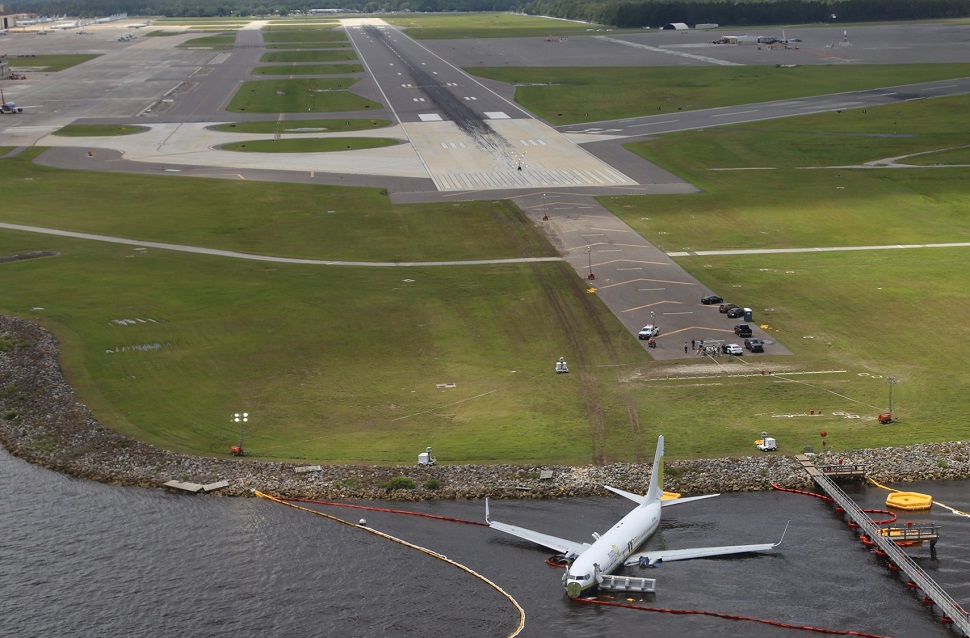 Meteorological data for the naval air station at the time of the accident, around 21:40 on 3 May, warns of the presence of thunderstorms, heavy rain and reduced visibility, as well as possible gusting winds.

All 143 occupants survived the accident but the aircraft, transporting a mix of military and civil personnel, has suffered damage.

Miami Air says its flight 293 was operating between Guantanamo Bay in Cuba and the Jacksonville naval air station when it “departed the runway surface” during landing.

“All on board evacuated the aircraft with no loss of life,” it adds. 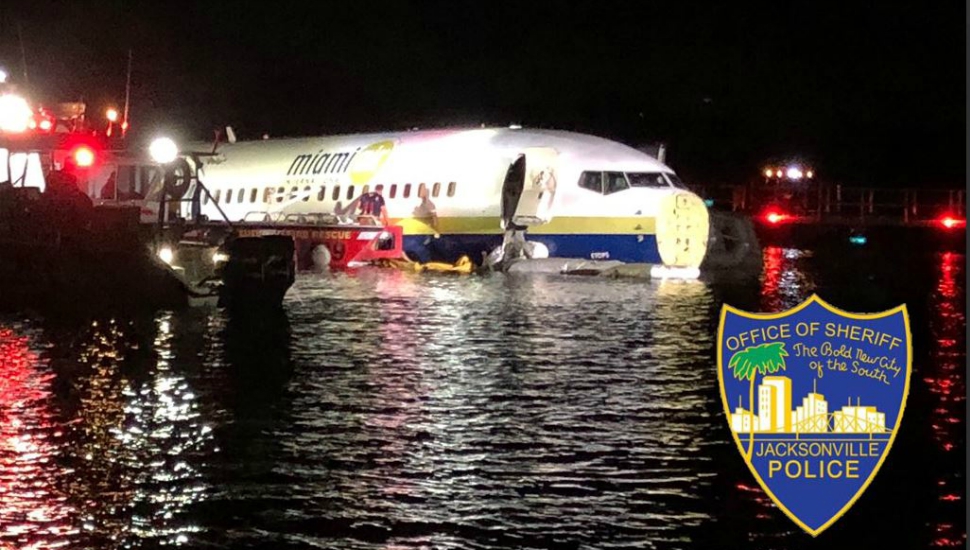 The airline says it is co-operating with the US National Transportation Safety Board as well as the FAA and the Department of Defense regarding the investigation. 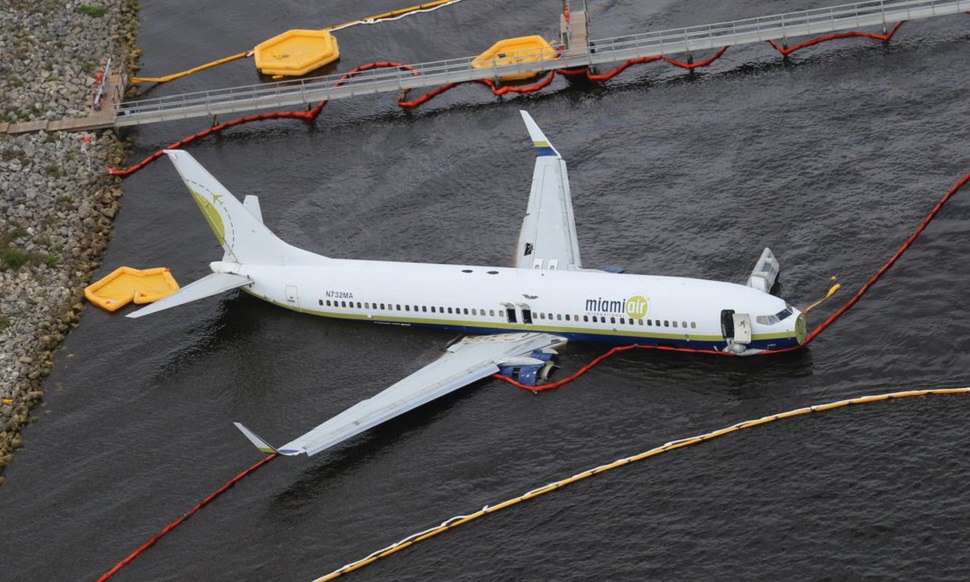 Investigators from the NTSB are being sent to the scene of the accident. The identity of the airframe has not been formally confirmed but Cirium’s Fleets Analyzer lists N732MA as a 2001 aircraft delivered new to Miami Air.