Qantas 787 arrives in Sydney after nonstop flight from JFK

Project Sunrise is the airline's initiative to open nonstop services to the Australian east coast from New York and London from around 2022-23.

Although these services will use either Airbus A350 or Boeing 777X jets, three Qantas 787 delivery flights will be used during the fourth quarter of this year to gather data on ultra-long-haul services for the carrier.

Designated as flight QF7879 the aircraft transported just 49 passengers and crew, and no cargo, in order to give it the necessary range.

It carried a maximum fuel load of 101t and Qantas expected the aircraft to land with 6t on board. It landed with a "comfortable" 70min of fuel remaining, according to the aircraft's captain, Sean Golding. The airline says it departed at 233t.

The jet had been delivered from Boeing's Seattle facility and transferred to Los Angeles before flying to New York ahead of the Project Sunrise test.

It departed JFK about 3h behind the regular QF12 service which operates to Sydney via Los Angeles – a 787 conducting the first sector before an Airbus A380 picks up the transpacific leg.

The QF12 flight arrived in Los Angeles while the Project Sunrise aircraft was still in the vicinity of Missouri. But the connection time meant that, by the time the A380 took off for Sydney, it had been caught by the nonstop 787 which effectively shadowed it across the ocean. 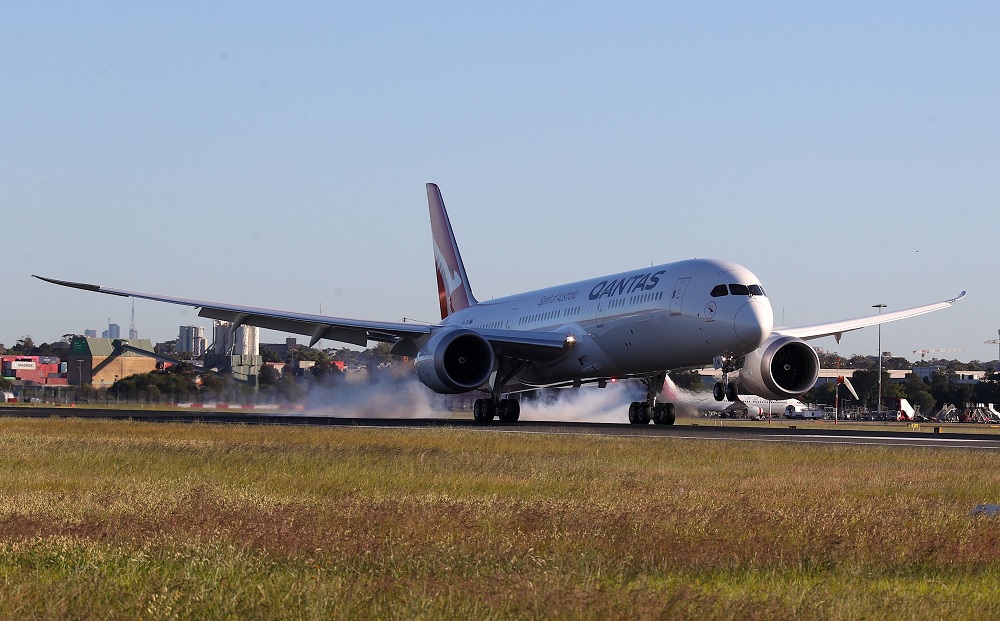 Qantas chief executive Alan Joyce says the Project Sunrise 787 landed just ahead of the A380, adding: "We saved a significant amount of total travel time by not having to stop."

The distance between JFK and Sydney is around 8,700nm.

"Months of flight planning has gone in to determining the optimum flightpath, including running daily plans to establish wind and weather patterns," says the carrier.

Four pilots crewed the flight, with two other pilots, who flew the aircraft to New York, in the cabin.

“Night flights usually start with dinner and then lights off," says Joyce. "For this flight, we started with lunch and kept the lights on for the first six hours, to match the time of day at our destination. It means you start reducing the jet-lag straight away."

“We know ultra-long-haul flights pose some extra challenges but that's been true every time technology has allowed us to fly further," says Joyce.

"The research we're doing should give us better strategies for improving comfort and well-being along the way."

Having completed the research flight, Qantas intends to put the 787-9 into normal commercial service on its regular network.