Moscow Sheremetyevo airport’s third runway has opened with the first landing conducted by an Aeroflot Airbus A321.

Sheremetyevo planned the third runway to increase flexibility because its previous parallel runways were spaced close together, separated by only 280m, and could not operate independently.

“The third runway is completely independent and makes it possible for aircraft to land and take-off unconditionally,” says Russian transport minister Yevgeny Ditrikh.

It will enable Sheremetyevo to increase its capacity from 60-65 movements per hour to around 90.

The airport becomes the first in Russia to have three runways and the connecting taxiway has required construction of a bridge over the perimeter road.

Presidential representative for environment and transport Sergei Ivanov says the importance of the runway to the Russian capital hub is “difficult to overestimate”.

The timeline for construction has been affected by several complications, including transfer of gas and oil pipelines, plus electricity networks, and removal of landfills as well as relocation of residents.

Sheremetyevo chairman Alexander Ponomarenko says the runway, and other airport modernisation programmes, will assist the hub to achieve a strategic target of raising capacity to 100 million annual passengers and becoming one of the world’s top 10 airports. 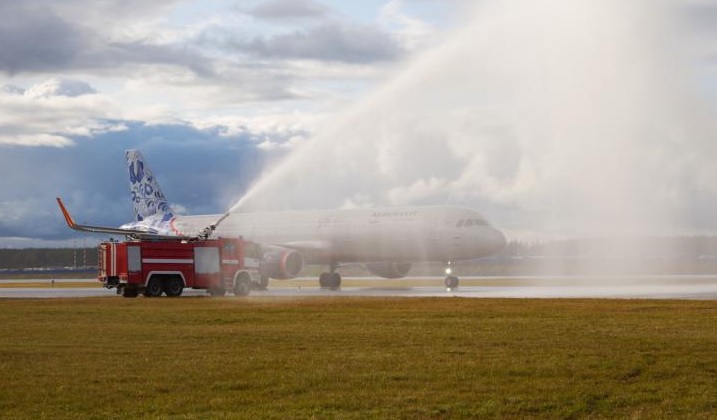