South Sudanese authorities are under pressure from European regulators after a string of accidents and evidence of incorrect registration of aircraft involved.

While all airlines from Sudan have been blacklisted by the European Commission for more than a decade, South Sudan subsequently became an independent country in 2011.

Airlines from South Sudan have never been subject to restrictions or an outright ban.

But the latest Commission revision of the blacklist raises strong concerns over the air safety situation in the African state.

In the last three years, according to formal documentation detailing the revision, nine accidents and serious incidents have occurred in South Sudan.

These include the fatal crash of a South Sudan Supreme Airlines Let L-410, with the Colombian registration HK-4274, in March this year and the crash in early November of an Antonov An-26 bearing a Turkish registration, TR-NGT. 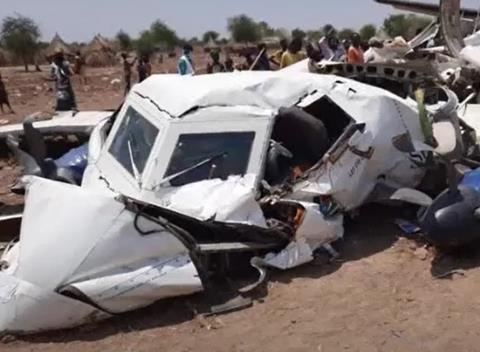 It states that the circumstances of these events have raised concerns over the South Sudan Civil Aviation Authority’s ability to conduct safety oversight of its operators.

Shortly after the L-410 crash the Commission expressed its views to the authority over the South Sudanese situation and requested documents detailing its organizational structure, certification system, and oversight activities on certified airlines.

South Sudan Supreme Airlines’ air operator’s certificate had been suspended, the civil aviation authority replied, and the suspicion over the registration had prompted a review of operators and certificates.

But while the authority also stated that improvements were being carried out in regulation and training, it “failed to provide the requested set of documents”, says the Commission.

When the Commission again asked for the documents – setting a mid-October deadline – it also emphasised that, given the safety-related nature of the request, a failure by the South Sudanese authority to submit the information would be “considered as a lack of co-operation”.

European representatives met with the civil aviation authority on 5 November in the South Sudanese capital, Juba, and were given a commitment to reply by the end of the month. The authority also provided documents on inspection and audit programmes, and reports on reviews of airlines and foreign-registered aircraft operating in South Sudan.

Any documentation received will undergo scrutiny by the Commission in order to decide whether South Sudan’s civil aviation authority will be invited to attend the next meeting of the European Union’s air safety committee – but, for the time being, South Sudanese operators will not be blacklisted.