The aircraft (G-BNLN) had reached top-of-climb at 33,000ft, during a transatlantic service to Phoenix from London Heathrow on 9 June last year, when the crew received airspeed and altitude disagree alerts and an overspeed warning.

Three pilots, among them a training captain, were in the cockpit. While the first officer carried out the unreliable airspeed recall drill, the other two pilots checked the quick-reference handbook to determine pitch and thrust requirements.

But the aircraft’s stick-shaker subsequently activated and the handbook – although noting that erroneous alerts could occur – did not specifically mention the stick-shaker.

“[Boeing] considered that crews would understand this was included,” says the UK Air Accidents Investigation Branch.

“It is apparent this was not, however, the case with the crew involved who considered they must react to the stall warning when it occurred.” 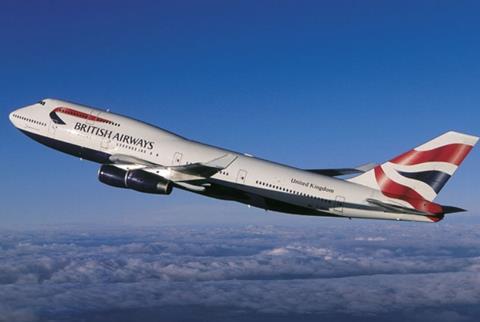 The first officer reduced the pitch attitude to nose-down, and the stick-shaker ceased, but when he tried to achieve the handbook’s pitch and power settings the warning recurred. He repeated this cycle several times, and the aircraft lost about 2,800ft during the manoeuvring before the settings were reached and the stick-shaker stopped.

Investigators believe the fault lay with the right-hand air data computer but the problem could not be replicated during subsequent examination.

The inquiry found, however, that the computer was vulnerable to a previously-identified periodic malfunction, which resulted in incorrect Mach number data being supplied to the stall-warning system, causing it to activate erroneously at a safe airspeed and angle-of-attack.

Although a non-mandatory modification had been developed to overcome this malfunction, it had not been incorporated on G-BNLN. The 29-year old aircraft was retired from BA’s fleet just two weeks later, on 24 June.

Investigators state that the stick-shaker’s ceasing when pitch reduced reinforced the crew’s belief that its warning was genuine, especially since the handbook did not identify erroneous stick-shaker activation.

“This highlights the importance of clear, unambiguous information being readily available to crews at times of high workload when dealing with potentially critical incidents,” says the inquiry.

“It also reinforces the need for crews to understand the protection afforded by adopting the pitch and power settings provided as part of the procedure.”

Boeing is planning to update the procedure in the 747 quick-reference handbook, from April 2020, to specifically include a reference to stall warnings, the inquiry adds, and is also considering similar action with other relevant aircraft types.