Airbus’s first A350-1000 test aircraft has been recruited to support development of an innovative flight recorder that can be jettisoned automatically in the event of an accident. The aircraft, MSN59, has been modified to accommodate a mechanical prototype and, as a result of the initial installation, is the preferential candidate to serve as the platform for future functional testing.

These tests would amount to the most radical advancement in civil flight-recorder evolution since the emergence of solid-state technology more than two decades ago, and provide a potential solution to one of the most frustrating aspects of accident investigation.

When Air France flight AF447 disappeared over the South Atlantic in June 2009, the loss of the Airbus A330 resulted in an extraordinary 700-day undersea hunt for its two flight recorders. After losing contact in the Atlantico flight information region while en route to Paris, the aircraft had descended from cruise altitude and struck the ocean surface, sinking to a depth of almost 4,000m. 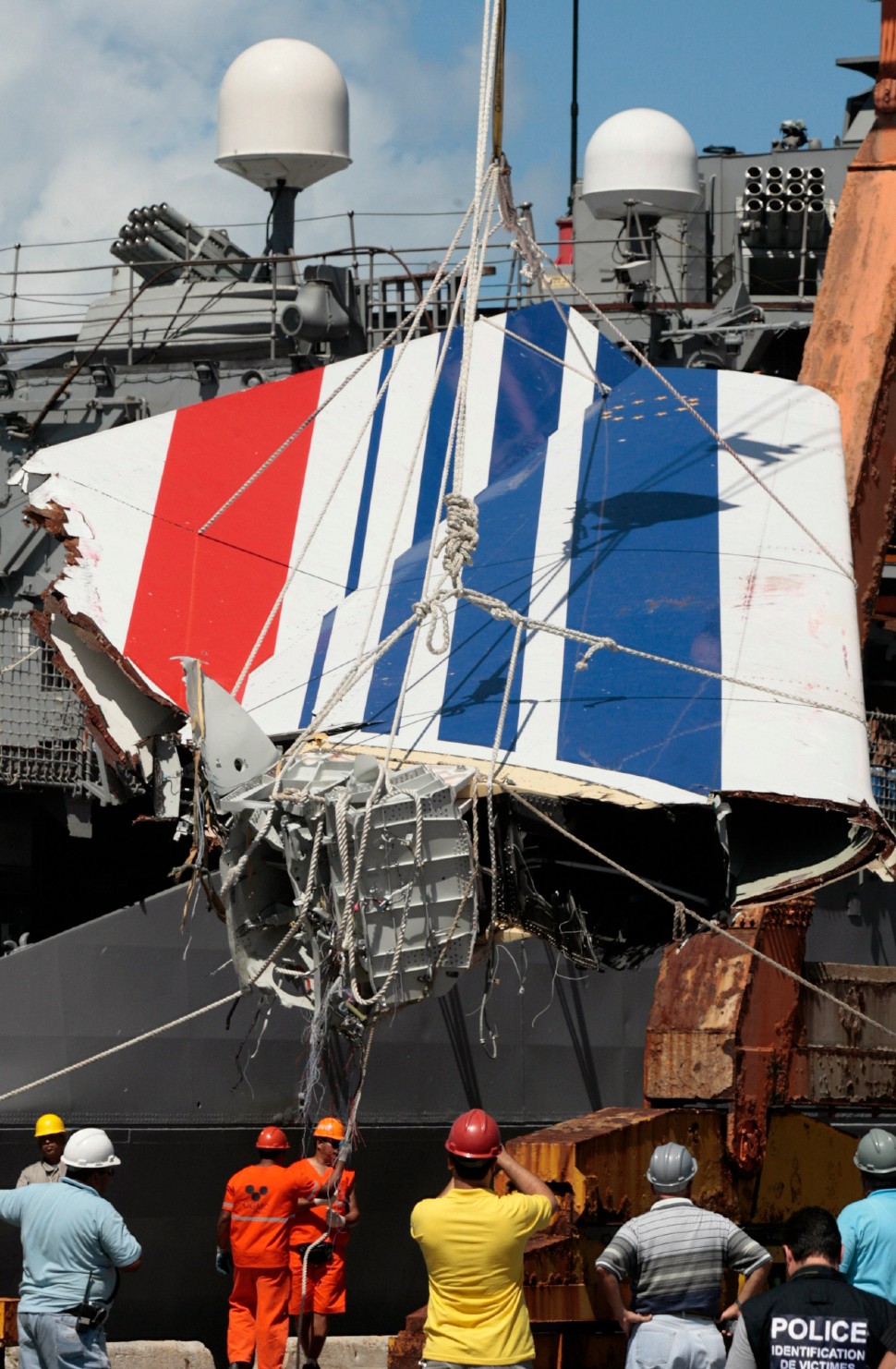 Analysis of timing and the flightpath enabled the search to focus on a circle – albeit one that was 80nm (148km) in diameter, a total area half the size of Belgium. Several attempts to locate AF447’s wreckage prior to April 2011 had proven unsuccessful – and this meant that, for nearly two years, the most evocative image of the hunt was that of the A330’s vertical fin being hauled onto a recovery vessel.

French investigation authority BEA says the inquiry underlined that the information retrieved from the flight recorders was instrumental in determining the circumstances of the accident. “As in other investigations, it also brings to light the difficulties that can be encountered in localising, recovering and reading out the recorders after an accident in the sea,” it adds.

Although the fin of AF447 was recovered, analysis of similar underwater operations showed that tail debris was retrieved in only 20% of cases, dismantling the rationale of using the fin to house another fixed flight recorder. BEA recommended, in the wake of AF447’s loss, that ICAO should explore the implementation of deployable recorders for commercial air transport aircraft.

The still-unsolved disappearance of Malaysia Airlines flight MH370 over the Indian Ocean in March 2014, nearly five years after the AF447 accident, lent urgency to this recommendation. Not only did the Boeing 777’s deviation from its planned route to Beijing complicate the search for the crash site, it forced investigators to consider whether – even if the recorders were found – critical information from the early stage of the flight would have been overwritten and lost.

ICAO’s subsequent concept of operations for a Global Aeronautical Distress and Safety System covered the possibility of automatic deployable flight recorders, and the organisation’s Annex 6 for operation of aircraft lists requirements that must apply to such devices. These include deploying when the aircraft structure is significantly deformed or the aircraft sinks in water. The recorder must deploy as a single piece, be able to float on water, and have an integrated emergency locator transmitter. The crew must also be alerted when the recorder is no longer captive.

Airbus has started testing a “non-functioning” deployable recorder on the A350-1000, it says, two years after it unveiled a co-operation agreement at the 2017 Paris air show to develop such a device. Under the agreement US aerospace specialist L3 Technologies has been tasked with leading development of a combined cockpit-voice and flight-data recorder, while the Canadian arm of defence technology firm Leonardo DRS is focused on the deployment capability.

Airbus’s project takes the concept of using the vertical fin as a recorder housing, but adapts it in such a way that the fin hosts a tray, built into its internal structure near the fin’s root and leading edge, into which a beacon airfoil unit can be mounted. This unit contains a recorder memory module and an emergency locator transmitter, along with batteries and a satellite receiver, and is shaped such that its outer surface is flush with the skin of the fin, with no aerodynamic impact.

The system crucially features a spring-loaded ejection mechanism that enables the beacon airfoil unit – and its recorder – to separate from the fin. L3 says a “portion” of the system is flying on the A350 testbed, and describes it as a “non-functional mechanical prototype”.

Flight-testing with fully-functional equipment – specifically a deployable version – is not expected to take place before the end of this year or perhaps the first quarter of 2020. Airbus says this flight-testing will “tentatively” be conducted in parallel on various aircraft types including the A350, A330, A321LR and A320. The system is intended primarily for aircraft operating transoceanic services.

L3 explains that the architecture on an equipped aircraft will include a single integrated cockpit-voice and data recorder installed in the nose, along with a recorder interface unit, complemented by the deployable module in the fin. It says this architecture will be standard on long-range aircraft including the A350, A330neo and A321LR, and optional on other single-aisle models such as the A320neo.

Airbus had originally encountered resistance to deployable recorders, not least because earlier concepts had been based on the use of low-power pyrotechnics or chemical systems to launch the device.

Its non-pyrotechnic system relies instead on crash-detection circuits, able to identify major structural deformation of the airframe or submersion in water, which electronically release a spring that pops the beacon airfoil unit partly out of its housing tray. Pushing a forward portion of the airfoil unit outward enables the airstream to prise it from its housing, rotating it along its aft section and providing sufficient lift to allow the unit to separate safely from the fin. This eliminates the need for a high-power ejection.

Although the unit would not be fitted with a parachute or other means of deceleration, its shape is designed to allow stable free-fall at terminal velocity, well within the limits of crash recorder survivability.

In the event of an accident on water, hydrostatic sensors would trigger deployment if the aircraft sinks. The unit is designed to float and transmit position information. As well as sending data on the aircraft identification and location to search-and-rescue authorities via the COSPAS-SARSAT network, the unit will continually update its position using the satellite receiver.

Airbus stresses that the threshold for deployment will be sufficiently high so that a hard landing or an accidental impact from a vehicle on the ramp would not release the recorder.

L3 says the system is “on schedule” for certification in the second quarter of 2020, and Airbus states that the deployable recorder is “on target” for entry into service in 2021.

A350s entering the final assembly line this year are starting to receive provisions that would allow a potential retrofit of the deployable-recorder system, says Airbus. Aircraft without these provisions cannot be retrofitted.

As part of the development programme L3’s combined voice and data recorder is set to have 25h capacity, in line with ICAO recommendations for extended capabilities.

Airbus intends the system to be available to carriers across its range of aircraft. “Customers are interested,” insists Airbus. L3 adds that “several customers showed keen interest” in the system and “inquired about its availability” during the IATA Safety and Flight Operations conference in Barcelona during early April, although it declines to disclose the identities of potential initial users.