The wingtips of the aircraft, an Airbus A320 operating flight UA645 to Portland, Oregon, and a parked Boeing 737-700, clipped at concourse C at O'Hare on 15 August, United confirms. 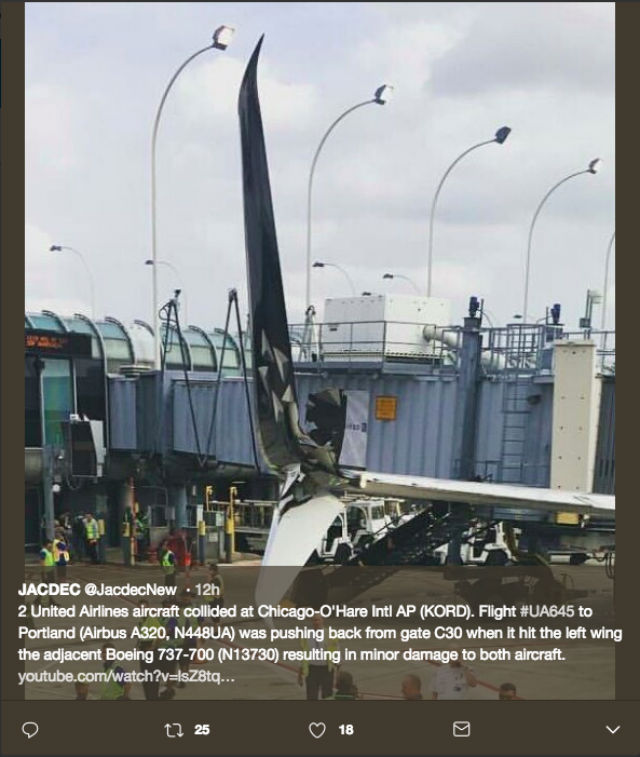 No passengers or crew were injured in the incident, the Chicago-based carrier says.

Continental and United merged in 2010.