US attorneys instructed to prioritise pursuit of unruly passengers

US attorney general Merrick Garland is putting pressure on prosecutors to address the rise in unruly behaviour by passengers on commercial flights, ahead of the holiday travel season.

Garland is instructing US attorneys to “prioritise” prosecution of federal crimes on aircraft which threaten passenger and crew safety.

In a 24 November memorandum to various agencies – including the FBI – he states that the Department of Justice and the US FAA have established an information-sharing protocol which has already referred “dozens” of incidents to the FBI.

Along with pursuing prosecutions, he says, attorneys should communicate to the various federal, state and local authorities – including airport law enforcement – that addressing this issue is a “priority” for the Department of Justice. 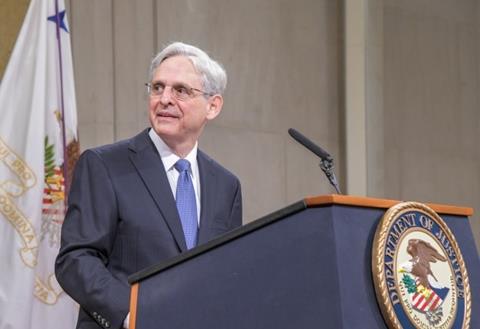 “Passengers who assault, intimidate, or threaten violence against flight crews and flight attendants do more than harm those employees,” says Garland. “They prevent the performance of critical duties that help ensure safe air travel.

“Similarly, when passengers commit violent acts against other passengers in the close confines of a commercial aircraft, the conduct endangers everyone aboard.”

He is encouraging “complete and timely reporting”, and direct communication with law-enforcement contacts, regarding incidents that potentially violate criminal statutes, and affirmation of the Department of Justice’s availability to assist when necessary.