The RSADF’s legacy air defence system does not have a link to the airborne warning and control system (AWACS) fleet, but a request for proposals for an updated system will require the incorporation of the AWACS feed into the ground-based system, Martin Robertson, former military advisor to RSADF, told the SMi ISR conference in London.

The request for proposals has been delayed by approximately 12 months, but is expected to be released at some point in 2015, with the introduction of the updated system coming 12 months after that.

The weapon systems will largely remain the same under the programme, but command and control, communications and datalinks will enhance the performance of the air defence system and generate a common operating picture. 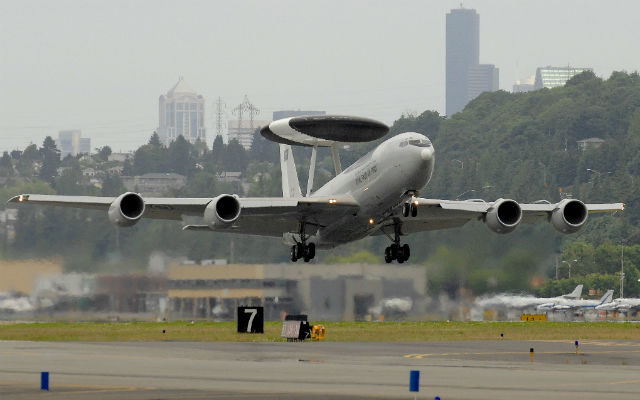 Shahine is a particularly outdated system that does not currently allow for any air-picture feed to be integrated, and which would benefit from the AWACS air feed to provide airborne situational awareness.

The new system will also incorporate a Joint Tactical Information Distribution System Link 16 capability, which will allow data from Riyadh’s Eurofighter Typhoons to feed into the air defence system.

The Sentry is a long-range aircraft and individual divisions across a large country such as Saudi Arabia would benefit from the surveillance data. Information from AWACS and other surveillance-capable aircraft operated by allies of Riyadh could also be incorporated into the air defence system.

“The AWACS and Link 16 is a fairly well-defined protocol, and we had to understand how that was going to work,” Robertson says.

The threat from unrest in Yemen to the south has emphasised the need for an effective air defence system, Robertson says, with incoming unmanned air vehicles and other fast-moving air objects of particular concern.