Airbus's second A350-900 has departed Toulouse on its first sortie, joining the certification programme four months after the maiden flight of the type.

The aircraft, MSN3, took off at about 09:50 local time and flew north-west to the Bay of Biscay.

Airbus confirms the take-off but has not indicated further details about the flight tests the Rolls-Royce Trent XWB-powered aircraft will undertake, or the probable length of the flight. 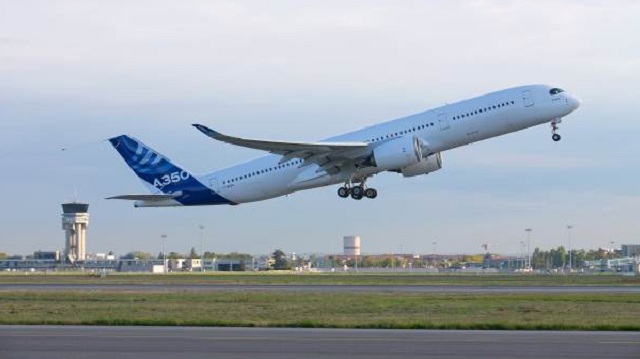 MSN3 is equipped and instrumented primarily for flight-control and airframe performance testing, sharing this work with the first flying prototype, MSN1.

Three other flight-test aircraft are due to take part in the certification effort. Airbus is preparing MSN2 which is set to fly with a cabin interior layout.