A second Airbus A400M tactical transport has arrived at the Royal Air Force’s Brize Norton base in Oxfordshire, a little over three months after the service’s lead example touched down in the UK. 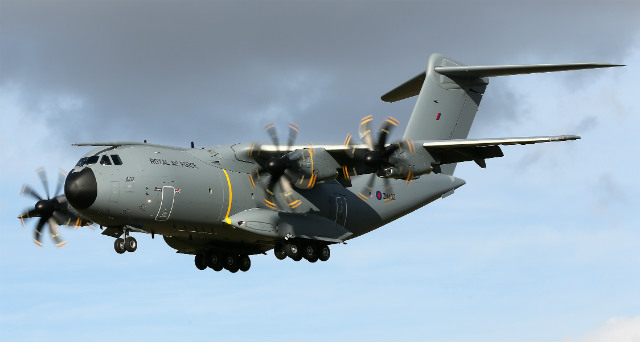 The UK’s third of an eventual 22 A400M airframes, ZM402 was flown to its new home on 27 February from Airbus Defence & Space’s final assembly site near Seville, Spain. It joins ZM400, which arrived at RAF Brize Norton on 17 November 2014, and was formally unveiled 10 days later.

Earlier plans had called for the RAF to achieve initial operational capability this month, with the milestone to be linked to the availability of its first seven A400Ms. Airbus chief executive Tom Enders on 27 February said that the company is expecting to deliver five of the type to the UK this year.