Images on social media show the aircraft resting on grass, with at least one main landing gear bogie shorn off, the tires shredded. The rear emergency escape door is shown open with the emergency slide deployed. Damage to the right engine is also apparent.

More than 100 passengers were reportedly aboard the jet, with 10 passengers suffering from injuries. 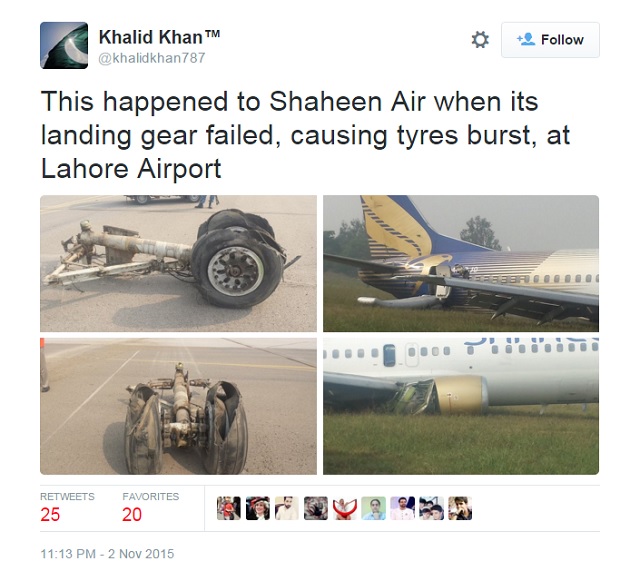 Shaheen Air International was unable for comment when contacted by Flightglobal.