The latest variant of the Sikorsky UH-60 Black Hawk is moving into the detailed design phase after successfully passing an air vehicle preliminary design review (PDR) by the US government.

The US Air Force is buying 112 HH-60W Combat Rescue Helicopters to replace the HH-60G Pave Hawk that was introduced under the Reagan administration in the 1980s. The Sikorsky design was selected in late 2013 and a $1.2 billion development contract that funds four pre-production examples and six aircrew and maintenance trainers was awarded in July 2014.

A total of nine aircraft, including five "system demonstration test articles" to support operational testing, will be produced during the 75-month engineering and manufacturing development phase, and Sikorsky aims to shave six months off that schedule to capture payment incentives built into the contract for speedy delivery.

Statements by Lockheed Martin-owned Sikorsky and the US Air Force programme office at Wright-Patterson AFB in Ohio suggest that the contractor is tracking about three months ahead of schedule and the current level of design detail is closer to a critical design review level.

Having met its target date for completing the preliminary design of the air vehicle, Sikorsky now hopes to bring forward the government PDR of the training system by three months.

“I am very proud of our team,” says Sikorsky HH-60W programme director Tim Healy. “They are not only operating to an accelerated schedule, but the preliminary design that we have achieved here has prepared us well for detailed aircraft design and subsequent production.” 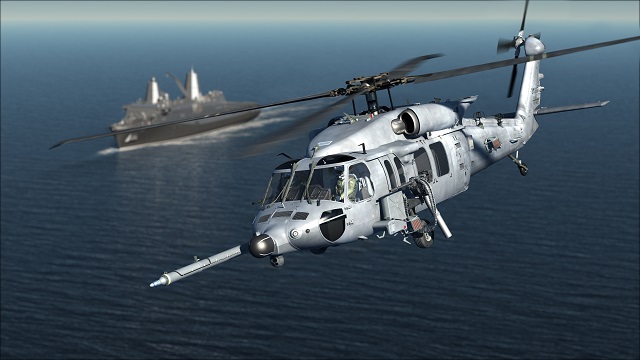 The review involved approximately 200 people from the various air force and Sikorsky programme offices, plus representatives from the Pentagon’s acquisition office and members of the Pave Hawk combat rescue community.

“This design review was basically a non-event for the programme office, especially my engineering team,” says the air force’s CRH chief engineer Duane Sevey, who notes that the team had been identifying and resolving issues prior to PDR and even performed a mock review.

Having completed the main programmatic step of 2016, the HH-60W team is now working toward a critical design review originally scheduled for mid-fiscal year 2017.

The HH-60W is different enough from the US Army UH-60M that it is derived from and the up-gunned Special Forces multi-mission variant to warrant its own development phase and even a separate assembly line. It contains air force and mission-specific avionics, equipment and defensive countermeasures, plus a larger internal fuel capability and cabin area.

First flight is planned for 2019, but that event could be brought forward if Sikorsky keeps up this momentum. Two low-rate production lots totalling 18 aircraft will be awarded in 2019 and 2020, with the remaining 85 aircraft being procured at full-rate between 2021 and 2026.