United Technologies (UTC) has warned that the Canadian Maritime Helicopter (CMH) programme will face yet another in a long series of cost overruns and schedule delays.

The negotiations are still in progress, but UTC expects to take a charge on the programme after definitive agreements are signed, says Hayes.

The aircraft, however, still do not meet the Canadian requirements, with just four aircraft configured to an interim standard so far delivered. 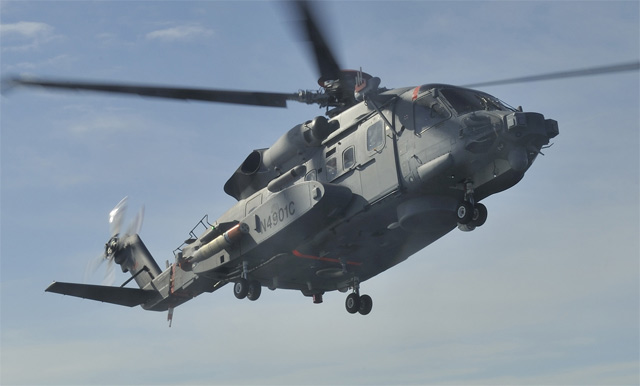 Last year, the government considered scrapping the deal and finding another supplier to replace its fleet of ageing CH-124 Sea King helicopters.

On 31 December, Sikorsky signed an initial “principles of agreement” with Canadian officials that preserves the CH-148 programme, although at a loss to Sikorsky, including an $88.6 million penalty for late deliveries.

Sikorsky has said that the restructured deal means the company will deliver each aircraft at a loss, and will not reach breakeven on the CMH programme even in the support phase.

More recently, Sikorsky signed a second principles of agreement with the Canadian government that specifies the configuration of the aircraft to be delivered starting in 2015.

Although Sikorsky expects to take another charge, the overall financial impact on UTC will be marginal, Hayes says. The company is standing behind its earlier guidance of net income between $665 million an $685 million, he says, as gains in other areas of the company will offset the loss on the Cyclone programme.