Buoyed by the early success of the A321XLR, Airbus is confident that sales of the extended-range single-aisle will easily exceed 1,000 aircraft within the next decade.

The A321XLR was launched at the Paris air show in June last year and firm orders now stand at over 450 aircraft.

“Having delivered the technical solution that delivered the performance, it works, and the customers immediately placed orders,” says Francois Caudron, Airbus senior vice-president for marketing.

Speaking at the Singapore air show, Caudron said that the A321XLR’s 450-plus orders are “only the start. I wouldn’t be surprised to see more than 1,000 XLRs being sold because this is changing the way airlines are going to operate.” 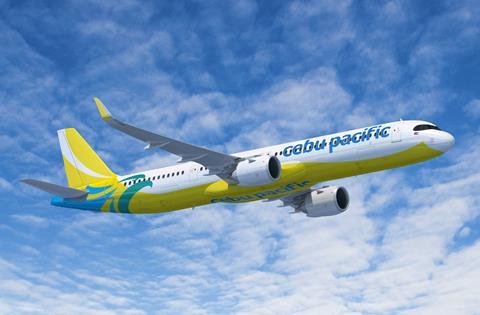 He adds that his sales forecast could be achieved “safely within the next 10 years” but acknowledges some could be result from customers converting existing A321neo orders to the new variant.

“It will be probably a mix, some of them could be conversions.”

Caudron says that the XLR is already proving popular in the Asia-Pacific region, with five customers having placed orders in the wake of the launch: AirAsia, Cebu Pacific, Qantas Group and VietJet Air. “The world and the airlines are just waking up to the capability of the aircraft,” he adds.