Dornier Seawings is to relaunch its Seastar amphibian at the Singapore air show later this month – 25 years after the programme was halted – and has selected Diamond Aircraft Industries (Canada) to manufacture the twin-engined turboprop's all-composite airframe.

Dornier, headquartered in Wuxi, China, says the Seastar will re-emerge with a new propeller and landing gear, details of which will be announced in Singapore. It also will have a Honeywell Primus Epic 2.0 avionics suite, and a choice of interiors to suit the VIP, corporate, commuter, cargo and air ambulance markets.

The Pratt & Whitney Canada PT6A-135A-powered Seastar was unveiled in the early 1980s and secured US and European certification in 1991. A shortage of funding forced Dornier to halt production that year, before a single aircraft was delivered. Subsequent attempts to relaunch Seastar production were also thwarted due a lack of investment.

“We always planned to launch series production once we had the financial backing,” says Dornier Seawings co-founder and chairman Conrado Dornier. “We are now fully funded through our two Chinese partners, who will be announced in Singapore, and are ready to proceed.”

Peter Maurer, president and chief executive of London, Ontario-based Diamond, describes the Seastar as a “sophisticated and substantial aircraft with a maximum take-off weight of over 10,000lb [4,530kg] and capacity to carry two crew and up to 12 passengers”.

Maurer says while the aircraft “is entirely different” to any of the piston single and twin-engined models produced by Diamond to date, “there are significant similarities in [each company’s] design philosophy and production methods that make this an excellent fit”. 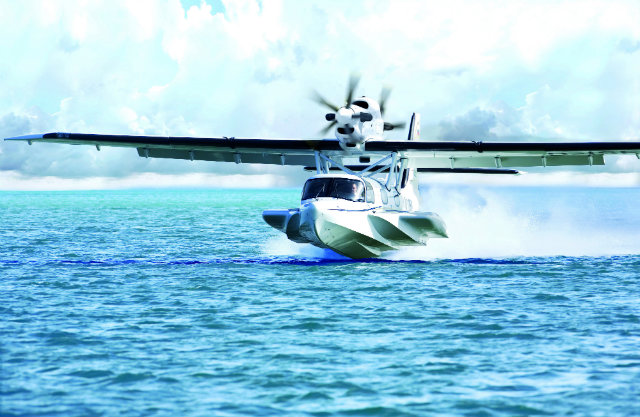 He adds, the company’s experience producing similarly-sized structures for the defunct D-JET personal jet will “give us the experience and ability to complete this challenging task”.

Diamond mothballed the single-engined D-JET in 2013, after it failed to secure the necessary funding to complete development. Maurer has hinted at its possible relaunch as a twin-engined design.

Diamond has been contracted to manufacture 10 Seastar shipsets initially, with the option of producing additional units. The Canadian airframer says it will prepare the tooling in anticipation for higher volume production of the Seastar.

Work on the first aircraft is already under way, Diamond says, and the completed airframe will be delivered to Dornier’s final assembly and completions facility in Oberpfaffenhofen, Germany in the second quarter.

Dornier also plans to build another assembly line in China within two years, to cater for the Asian market.