Spain and Belgium prepare to take on Baltic policing duties

On 7 January, Spain will take the lead role for the next four-month, NATO-led Baltic Air Policing (BAP) rotation, as it deploys four Eurofighters to Šiauliai air base in Lithuania.

The BAP mission provides fighters to NATO nations Estonia, Latvia and Lithuania, which do not have their own combat aircraft, primarily in light of the alliance's tensions with Russia. Hungary has led the activity since August 2015, using its Saab Gripens. Spain will take on this role, while Belgian air force Lockheed Martin F-16s will take over from German air force Eurofighters that have been based at Amari air base in Estonia, in a secondary BAP role.

NATO's BAP mission began in 2004 and this will be the 40th rotation of the effort. The mission used to include the alliance also stationing assets in Latvia and Poland, but the current 39th rotation saw the number of deployed aircraft reduced to a combined eight, from a previous high of 16. 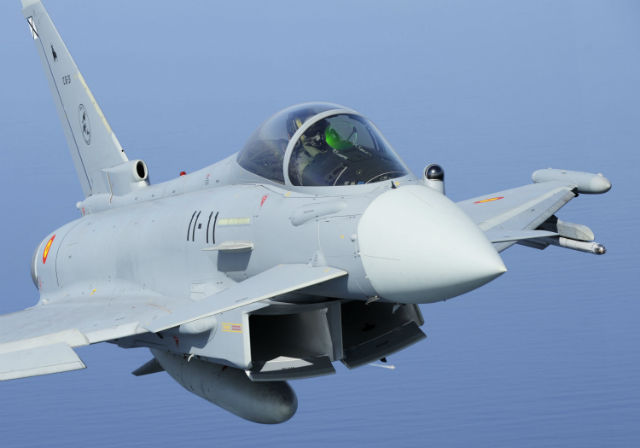 The four Spanish Eurofighters are allocated to the 14th Wing, based at Albacete air base, while two F-16s from the 10th Tactical Wing at Kleine-Brogel air base and another two from the 2nd Tactical Wing at Florennes will make up the Belgian detachment.

This is the third time Spain has participated in the BAP mission, and the second where it will lead activity from Šiauliai. Belgium is making its fifth commitment to the NATO duty.

Flightglobal’s Fleets Analyzer database shows Spain as having 42 Eurofighters in service, plus 23 more on order, while Belgium has a fleet of 59 F-16s.