While airlines only contribute to approximately 3% of global emissions today, research indicates that this number could rise as air travel grows. Because the aviation industry is highly visible and high profile, many see flying as a luxury that should be heavily taxed or significantly reduced. 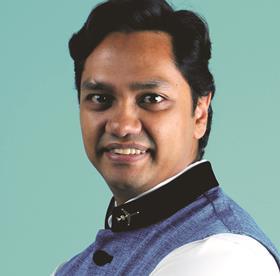 After two years of dramatically reduced travel due to the pandemic, environmental campaigners will start using two arguments: “Do you want to go through all that again?”; and “Was it so bad when you couldn’t fly as many times a year?”

In many ways, the pandemic froze sustainability initiatives in the airline space – understandably, since airlines stopped flying for months on end.

But now, sustainability is back on the agenda, and it will be even more acute than before. This is why airlines must show visible progress towards becoming more environmentally responsible. There are three challenges to that, though.

Firstly, some airlines are positioning decisions they took years ago to reduce costs as their only sustainability initiatives. Legacy airlines tout flying newer, more fuel-efficient aircraft than their competitors and installing lighter seats. These decisions are taken by airlines at least once a decade, primarily for saving fuel. Some low-cost carriers highlight flying high-density aircraft, point-to-point, as greener because their business model supports it.

While these measures make flying greener, they are a side effect of business as usual. Positioning these as primary markers of progress towards sustainability can be risky. The Greta Thunbergs of the world would have a look at the airlines’ messaging and claim it’s all “blah, blah, blah”.

Secondly, airlines that have made significant progress on sustainability seldom talk about it. Very few people know that JetBlue Airways carbon-offsets all of its domestic flights, just like Delta Air Lines. While some like EasyJet do a better job communicating their strategies, airlines are mostly playing defence when it comes to sustainability. That cannot help airlines in the long term.

Finally, airlines that are taking significant measures and communicating them well tend to focus on building a competitive advantage and taking hits at others. They believe that it’s their way or the highway.

According to Wizz Air boss Jozsef Varadi, carbon offsetting is “a bit of a joke”, despite the airline offering it to its customers. “Just imagine that you fly a crappy old aircraft, you pollute the world like hell, and then you [plant] two trees, and you think you are done?”

United Airlines’ Scott Kirby has taken a similar stance, betting on future technologies to reach net-zero by 2050, rather than traditional offsetting. Both Varadi and Kirby are taking potshots at their respective competitors – Lufthansa and Delta Air Lines.

This kind of banter doesn’t help the industry as it casts doubts in the minds of customers and stakeholders that everyone is greenwashing. Airlines need to learn from aircraft manufacturers’ messaging around safety. You’ll never hear Boeing and Airbus spar over the safety of their aircraft. Manufacturers never position safety as a competitive advantage, which ultimately builds trust in all aircraft. Similarly, airlines need to acknowledge that there are multiple ways to get to net-zero, and while the methods may differ, no one is better than the other.

Many airlines have committed to achieving net-zero emissions by 2050 through various methods. There are immediate measures that range from flying more fuel-efficient aircraft, installing lighter cabin equipment and offering carbon offset options to customers. And then there are investments airlines are making in future technologies like carbon sequestration, sustainable aviation fuel and exploring new propulsion systems.

These are all valid methods to get to net-zero emissions, and airlines need to recognise that. It may seem confusing to the ordinary traveller, but it will help if the industry starts to communicate coherently without criticising one another’s methods. Communicating proactively will help shape the consumer perception of the industry.

It will also truly help airlines seeking a competitive advantage in sustainability if they hire a chief sustainability officer. A senior professional with expertise in assisting organisations to carve a more environmentally secure future, reporting directly to the chief executive or the board, will speak volumes about how serious an airline is about achieving its sustainability vision.

Delta Air Lines did just that in December last year, as it named Pamela Fletcher as its chief sustainability officer. She begins work 1 February and will report directly to chief executive Ed Bastian.

Ultimately, successful implementation of eco-conscious strategies will see carriers achieve higher profits and maintain customers’ trust. If airlines continue to downplay each others’ efforts and communicate defensively, the industry may face the same fate as cigarettes yesterday and sugar today. We want to avoid that – after all, the magic of flying truly makes the world a smaller place.

Shashank Nigam is helping rebuild trust in travel through Fit2Fly, a Covid-testing solution integrated into the booking path, and the APEX Health Safety powered by SimpliFlying rating that certifies airlines on health safety measures