Discounter Allegiant Air turned a $39.3 million profit in the third quarter, but its chief executive echoed peers in citing operational hiccups due to the pandemic and labour shortages. 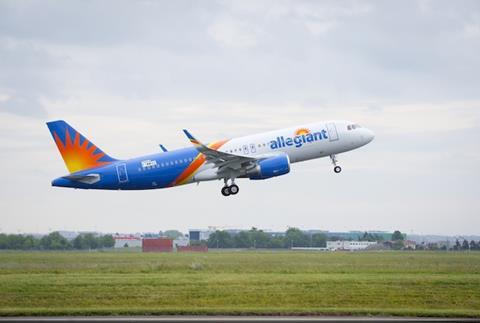 “The over-heated economy, continuing impacts of Covid, plus difficult labour environment created a perfect storm of challenges, including cancellations and delays over the past several months,” he adds.

Allegiant remained profitable in the third quarter thanks partly to $49.2 million in US government payroll support grants, financial filings show.

The Las Vegas-based airline has responded to operational challenges by trimming some flights, “to mitigate the risk of cancellations”, it says.