When it announced a HK$39 billion ($5 billion) recapitalisation on 9 June, Cathay Pacific joined a growing list of Asia-Pacific airlines that have received government support amid the coronavirus crisis.

The region appears to have learnt from its experience with SARS in 2003. Governments have responded quickly to Covid-19, jumping in to provide liquidity for otherwise independently run and commercially successful carriers. 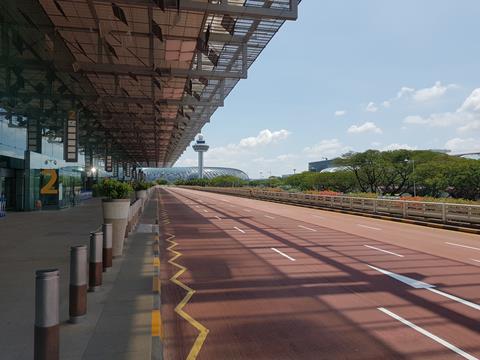 Most of the government support or aid packages disclosed so far take the form of state-backed lending or a mix of debt and equity capital injection, while across countries, governments’ apparent investment horizons vary greatly.

For some state-owned carriers, particularly in Southeast Asia, Covid-19 appears to be a driving force for change.

Air New Zealand led the trend in Asia-Pacific, announcing on 20 March that it had secured NZ$900 million ($580 million) standby funding from the government, which holds a 52% stake.

The loan is available for two years and comes in two tranches, of NZ$600 million and N$300 million, bearing interest rates of 7-8% and 9%, respectively. Should the loan still be available after 12 months, these rates step up by 1%.

As part of the conditions for government help, the carrier cancelled the interim dividend of NZ$123 million that had been announced on 27 February, and will not make further payments to shareholders while the loan is available.

This is by far the most hands-off instance of government support in Asia-Pacific. The carrier made clear it would remain independent and only draw on the credit line after exhausting all other options.

Air New Zealand said on 11 June it had yet to draw on the funds, while clarifying recent media reports about a potential capital raising.

Shortly after, Singapore Airlines Group announced on 27 March that it would raise at least S$8.8 billion (S$6.3 billion) from a rights issue backed by government-owned investment company Temasek Holdings.

The rights issue comprises S$5.3 billion in equity capital and S$3.5 billion from 10-year mandatory convertible bonds. Temasek committed to subscribe to its full entitlement and the remaining balance of both issuances.

SIA also has the option of raising another S$6.2 billion through additional convertible bonds up to July 2021, and has access to a S$4 billion bridge loan from DBS Bank for near-term liquidity.

Goldman Sachs managing director Nicola Dondi has called the plan the “gold standard” among Covid-19-related rescue packages, noting in April that the display of strong shareholder commitment had re-established market access for the group to raise capital.

Furthermore, SIA said on 16 June that it had repaid approximately half of the DBS Bank bridge loan with gross proceeds of the rights issue, which had been completed on 5 June, while using a further S$200 million to fund operating expenses.

Given the nature of the instruments, parallels will no doubt be drawn between SIA’s fundraising and the latest by Cathay Pacific, but a key difference between the two is the government’s apparent investment horizon.

Both involve rights issues and a bridge loan backed by government-linked entities, but here the similarities end.

Temasek already holds SIA as a long-term investment. Subscribing to the rights it was entitled to does not change the total number of voting rights Temasek holds, but its commitment to the remaining balance would. Even at the low end of the spectrum, the mandatory convertible bonds have a 10-year horizon.

In the case of Cathay, the government has set a distinct five-year objective with markers along the way and to account for possible extensions.

At the core of Cathay’s recapitalisation plan is Aviation 2020, a limited liability company of which the Hong Kong government has ultimate ownership. The entity will acquire preference shares worth HK$19.5 billion and warrants valued at HK$1.95 billion.

The warrants expire in five years. If they are fully subscribed, Aviation 2020 would have 6.08% voting rights among the expanded share capital.

Meanwhile, the South Korean government has tapped the expertise of the Korea Development Bank and the Export-Import Bank of Korea to provide its airlines with prompt liquidity injections to mitigate the loss of revenue.

In April, KDB and Korea Eximbank committed to injecting W1.2 trillion ($990 million) into Korean Air and W1.7 trillion into Asiana Airlines, as well as a combined W300 billion into the country’s seven low-cost carriers.

T’way Air raised W10 billion ($8 million) at the end of May from a convertible bond issue purchased entirely by KDB. The five-year bonds bear 1% coupon and are fully convertible for 5.7% of the expanded shares outstanding. These carry a put option, and the first date for early repayment is two years after issue.

Both KDB and Korea Eximbank have a track record of facilitating development projects and trade flows, given that industrial activities contribute about a third of South Korea’s GDP. The sector also dominates the portfolios of the same conglomerates, or chaebols, that own major South Korean airlines.

In a separate move, the Ministry of Land, Infrastructure and Transport (MOLIT) committed to investing W1.55 billion in the pre-purchase and prepayment of airline tickets to support local airlines. This accounts for 85% of the ministry’s air travel budget. It targets purchasing 30% of local LCC’s air tickets for domestic travel.

Thai Airways, which for years faced financial difficulties and a revolving door of managers, on 19 May received approval from the government to seek business rehabilitation.

Under Thailand’s bankruptcy procedure, companies may opt for business rehabilitation, which relevant government authorities can initiate. A series of board changes followed, though it appears the airline will remain on a short leash.

The airline disclosed on 25 May that the finance ministry had reduced its stake from 51.03% to 47.86%, thus relinquishing its status as Thai Airways’ majority shareholder and the airline that of state enterprise.

Shares previously held by the ministry were disposed to Vayupak Fund 1, which was created in 2003 under the finance ministry’s supervision and invests in Thailand’s key state enterprises.

Concurrently, the company appointed four new replacement board members. They are Pirapan Salirathavibhaga, former justice minister and an adviser to the Thai prime minister; Boontuck Wungcharoen, who sits on the board of the Siam Commercial Bank (SCB); Pailin Chuchottaworn, an SCB board member who served as chief executive of national oil and gas company PTT from 2011 to 2015; and Piyasvasti Amaranand, who was Thailand’s energy minister between 2006 and 2008 and president of Thai Airways between 2009 and 2012.

On 27 May, Thailand’s Central Bankruptcy Court formally accepted the airline’s application for business rehabilitation, after which Thai Airways appointed its chairman Chaiyapruk Didyasarin and acting president Chakkrit Parapuntakul, plus three new board members (Salirathavibhaga, Wungcharoen and Amaranand) and EY Corporate Advisory Services, as joint preparers of its business rehabilitation process.

The airline added an additional preparer on 8 June – Chansin Treenuchagron, who in May stepped down as president-cum-chief executive of PTT.

Thailand is not alone in drawing heavily from its talent pool at the national oil and gas company. Wan Zulkiflee Wan Ariffin, who heads up Malaysia’s Petronas, will join Malaysia Aviation Group (MAG) as group chairman, from 1 July.

Both Thailand and Malaysia are dominant players in Asia-Pacific’s petrochemical and energy sectors, while PTT and Petronas are extremely successful businesses.

Thailand is a major petrochemical market in Asia and the Stock Exchange of Thailand-listed PTT is the country’s largest producer. The country produces around 30 million tonnes of petrochemicals each year and a 2017 research report by local bank Krungsri indicates that it is the second-largest producer in ASEAN and ranks 16th globally.

Meanwhile, Petronas is on the Fortune Global 500 list, and Malaysia is the second-largest liquefied natural gas (LNG) exporter in Asia-Pacific. Data from the International Group of LNG Importers (GIIGNL) indicates that Malaysia’s net exports of LNG was over 26 million tonnes in 2019, roughly a third of Australia’s volumes and over 7% of global exports.

It is possible that the government hopes for Wan Zulkiflee to replicate his success at Petronas, where he stepped into the lead role in 2015, following the 2014 oil-price crash.

That event sparked the liberalisation of LNG trading, and over the years, Petronas consolidated its status as a major LNG exporter. The company also made various major investment decisions with Wan Zulkiflee at the helm, including LNG projects in British Columbia, Canada.

A key difference, though, is that energy trading is driven by free-market principles, while the government views Malaysian Airlines as one of many state-owned enterprises in its portfolio.

Amid a challenging economic environment, Malaysia’s various state-owned enterprises need to be strengthened to face “the new world norms”, prime minister Muhyiddin Yassin said in a statement announcing the MAG and Petronas appointments.

“[Malaysia], in this case, continues the effort to reassess the leadership of [its state-owned enterprises] to ensure the basic alignment and achievement of the country’s socioeconomic objectives.”

Analysis by Simin Ngai of Cirium

An earlier version stated that Chansin Treenuchagron was president-cum-chief executive of PTT Exploration & Production, a PTT subsidiary. This has been corrected.