Creditors to vote on Virgin Atlantic restructuring plan on 25 August

Virgin Atlantic creditors will vote on the UK carrier’s restructuring plan at a meeting on 25 August after court proceedings in London.

The UK carrier secured the order following a 4 August court hearing, held as part of the planned private recapitalisation it announced in July under the UK Companies Act. 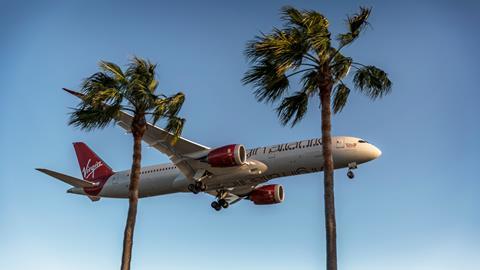 In a related move on the same day the carrier sought Chapter 15 protection in the USA, a process Virgin stresses supports its planned solvent recapitalisation efforts.

Chapter 15 filing is a measure for handling cross-border insolvency cases, usually brought as an ancillary to primary proceedings in the company’s home country.

Virgin’s decision follows its 14 July disclosure that it had finalised a £1.2 billion ($1.5 billion) refinancing package covering the next 18 months. The restructuring, based on a five-year business plan, is supported by existing shareholders Virgin Group and Delta Air Lines, as well new private investors and existing creditors.

”In order to progress the private-only solvent recapitalisation of the airline, the restructuring plan is going through a court-sanctioned process under Part 26A of the Companies Act 2006, to secure approval from all relevant creditors before implementation,” says a Virgin Atlantic spokesperson.

”With support already secured from the majority of stakeholders, it’s expected that the restructuring plan and recapitalisation will come into effect in September. We remain confident in the plan.” 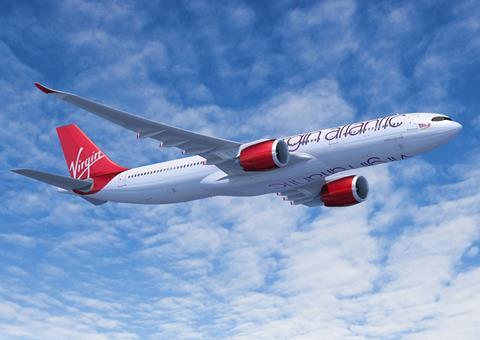 The carrier formally filed for Chapter 15 protection with a New York court under US bankruptcy law.

”Following the UK hearing, ancillary proceedings in support of the solvent recapitalisation were also filed in the USA under their Chapter 15 process. These ancillary US proceedings have been commenced under provisions that allow US courts to recognise foreign restructuring processes,” the spokesperson says.

“In the case of Virgin Atlantic, the process we have asked to be recognised is a solvent restructuring of an English company under Part 26A of the English Companies Act 2006.”

The airline revealed plans in May to reduce the number of people it employs by 3,550 across all functions as part of resizing of the airline.

Under its restructuring plan the airline aims by 2022 to fly the same number of sectors as in 2019 despite its smaller scale, ”demonstrating productivity and efficiency improvements”, it says.

By then it will operate a streamlined fleet of 37 twin-engined aircraft following the retirement of seven Boeing 747-400s and four Airbus A330-200s. It is also rescheduling outstanding A350 and A330-900 deliveries.