EgyptAir plans to add frequencies on its new service to Washington Dulles airport in the "near future" as part of a larger push into North America.

The Star Alliance carrier began three-times weekly service to Dulles from its Cairo base with a Boeing 787-9 today. Washington, DC is EgyptAir's second US destination after New York, and third in North America after Toronto.

"We are confident that there is huge potential for EgyptAir to compete in Washington and expand to daily service in the near future," says captain Mohamed Raafat Elyan, vice-chairman of EgyptAir, at a launch event at Washington Dulles airport. 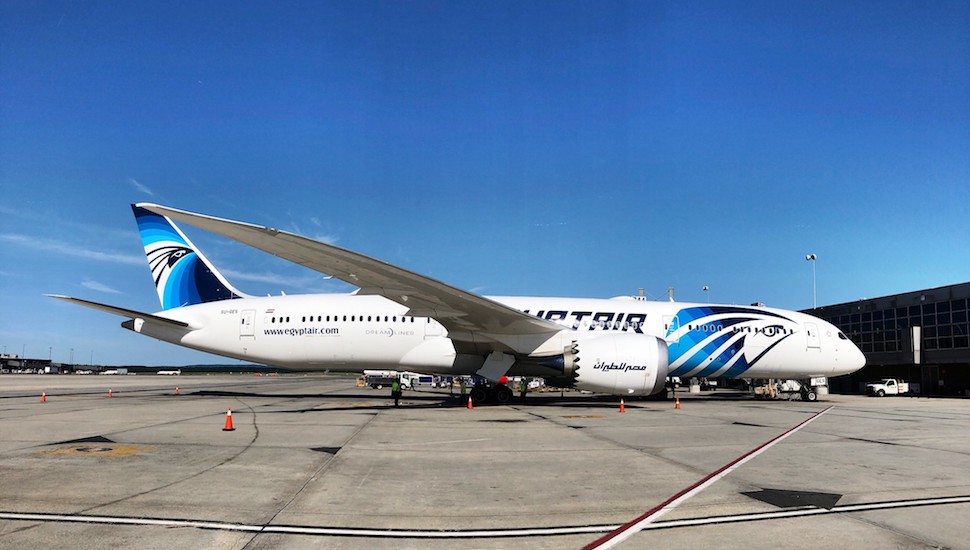 Washington is the airline's second new destination in 2019 after Kigali, Rwanda, which it began serving in April, Cirium schedules data shows. System capacity is scheduled to increase roughly 5% this year.

EgyptAir is already looking at further growth in North America. It is "studying" potential service to Chicago, says Elyan, cautioning the carrier's immediate focus remains on the new Dulles service.

"When you have one new route like Washington, it is better to have daily service before you go to another destination," he says.

EgyptAir is the latest new international carrier at growing Dulles airport. Alitalia began service from Rome in May, and TAP Air Portugal will begin service from Lisbon later in June.

Operator Metropolitan Washington Airports Authority (MWAA) aims to grow traffic at Dulles to at least 30 million annual passengers, from 24.1 million in 2018, over the medium term. Growth is coming from both hub carrier United, which is considering adding more domestic connections over the airport, and new international carriers.