The past week has seen three new companies – in the UK, Italy and Vietnam – reveal plans to enter the all-cargo market as prices and availability of capacity make the sector an attractive prospect.

Last week, Italian firm Aliscargo was preparing for the arrival of its first aircraft – a B777-200ER set up in a preighter configuration – with a second soon to follow. 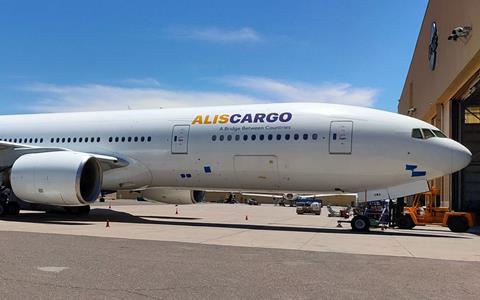 Chairman Fulvio Gismondi said the company was hoping to capitlaise on the bouyant air cargo market: “Airfreight transport in the world during the two-year period 2020-2021, with the high need for urgent shipments of medical supplies for the pandemic, recorded a surge in significant volumes and turnover compared to previous years.

“A trend that has also been reinforced by the continuous and constant expansion of e-commerce. Today, the need to offer customised cargo services, depending on the product and the destination, is increasingly being verified.”

In the UK, ZFG Air is preparing to launch operations from Newcastle in the northeast of the UK later this month.

The company will offer flights from Newcastle International to Hong Kong via Dubai twice per week.

ZFG will initially utilise an A330-200 passenger aircraft that has been converted to a preighter configuration.

Reports suggest that it will eventually operate a fleet of three A330s.

In an interview published on the IPPG website, Hanh Nguyen pointed out that Vietnam’s air cargo market is dominated by foreign airlines, which have a market share of around 88%.

However, he said that under current rules foreign carriers are only able to import goods into two airports: Ho Chi Minh’s Tan Son Nhat International and Hanoi’s Noi Bai.

It will also offer domestic services to and from 16 airports in the country, which he hopes foreign carriers will also utilise.

Hanh Nguyen said the company has been established for six months and will be ready to launch within three months of receiving its license, initially offering domestic services.

However, Hanh Nguyen said that the government had also asked the Ministry of Transport to examine the possibility of establishing a cargo airline as the agricultural industry had been hit by the high cost of using air cargo as a result of Covid-related capacity shortages.