The Atlanta-based carrier says on 10 January that Laurence will begin work at the company on 18 January and report to Joe Esposito, senior vice-president of network planning. 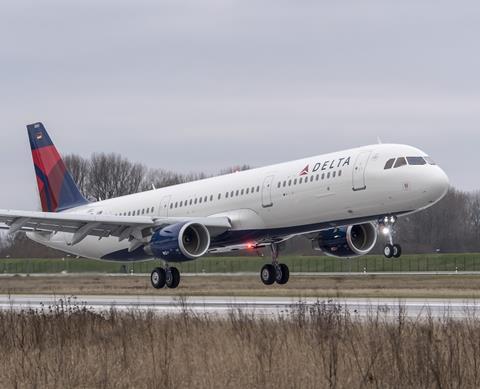 “Scott is well-positioned and brings a tremendous wealth of experience to build on Delta’s leading global network,” Esposito says.

Delta adds that he will “work to further strengthen Delta’s global network and joint venture partnerships while positioning the airline for continued success and long-term growth opportunities”.

Laurence has more than 20 years of industry experience, including 14 years at JetBlue, where he was most recently head of revenue and planning. In that position, he played a key role in launching the New York-headquartered airline’s “Northeast Alliance” with American Airlines. Prior, Laurence spent nine years in revenue management and network planning at United Airlines. He has a bachelor’s degree in aviation business administration from Embry-Riddle Aeronautical University in Florida.