The respective chief executives of Kenya Airways and South African Airways see the chance to unlock the potential of greater air connectivity within Africa as the reward as they work on developing plans for a pan-African operation.

The two airlines teamed up in November last year to sign a strategic partnership agreement which envisaged the creation of a pan-African airline group, potentially by 2023. That would likely involve a holding company structure similar to that of European airline groups like IAG, a move recently adopted by Latin America carrier Avianca in linking up with Gol through the planned Abra Group.

”This is my pet subject and it is my pet subject because I truly believe it is going to be a game-changer in the African aviation space,” Kenya Airways chief executive Allan Kilavuka says, when asked about partnership plans during an interview with FlightGlobal at the recent IATA AGM in Doha. 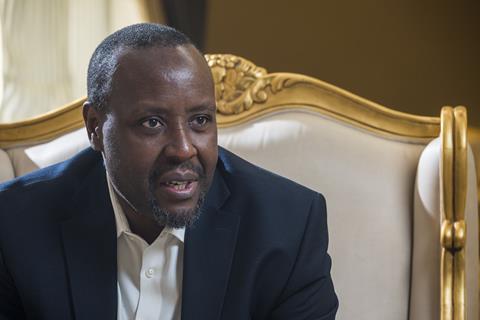 ”We are trying to push back on fragmentation of aviation in Africa, because it is very, very fragmented, and the market right now is quite small. It is 2% of aviation and if you compare that to the population that is Africa – which is about 16% – it is disproportionate.

”How do you grow from 2% to closer to 16%? You do that by making the airlines more viable. And how do you make them more viable? You make them scalable, and that is why we are talking to South African, and actually quite frankly, others as well.”

His counterpart at SAA, interim chief executive John Lamola, similarly enthuses about the potential such a partnership could have. He also highlights the relatively small size of the African aviation market, the lack of connectivity and infrastructure challenges in certain countries.

”Within that context we have partnered with Kenya as a first start,” he says.

”We have left it to the politicians to talk about the Yamoussoukro Declaration, they have all these things in their political control, and after all these years, we are still not there.”

The landmark Yamoussoukro Declaration, in which several countries agreed on the principles of liberalisation, was drawn up more than three decades ago, and the follow-up Yamoussoukro Decision on deregulation is itself over 20 years old.

”One option we are driving with Kenya Airways is the pan-African airline, along the lines of IAG and the Lufthansa Group. That is a doable thing. It is less a risk. So that is a plan,” Lamola says.

Kilavuka adds that the aim is to take advantage of the scale working together brings, while retaining national brands. “The whole point is you want to make it bigger and you want to make it more connected. So we have two hubs, one in east Africa, one in southern Africa, and hopefully there will be one in west Africa and other places as well. And we co-ordinate those two hubs in a fashion that creates a lot more connectivity for the rest of Africa.

Lamola flags the potential for wider co-operation: ”We have Oneworld, SkyTeam and Star Alliance, why can’t we have an African alliance given the uniqueness of our challenges and situation?

“There are serious problems that need to be sorted out to ensure we get people travelling. It is a fragmented market. 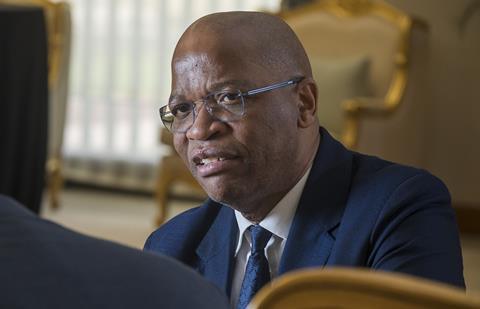 Lamola: Being in this industry we achieve more than just making money

”The African air traveller is the victim of this,” he adds. “The fact that only 1.9% of Africans are travelling has dangerous cultural and social consequences – because people don’t know the world, and that has an effect of how Africa locks into the new trends of the globalised world.

”It is a fascinating mission being in this industry, because we achieve more than just making money,” he says.