Kjos steps down as Norwegian chief

Norwegian's long-standing chief executive Bjorn Kjos is leaving his position today and will be replaced on an interim basis by chief financial officer Geir Karlsen.

Kjos is one of the founders of Norwegian and has served as its chief executive for 17 years. During this time it has grown from a small regional Norwegian carrier into a pan-European low-cost airline, and notably pioneered low-cost, long-haul operations on transatlantic routes. 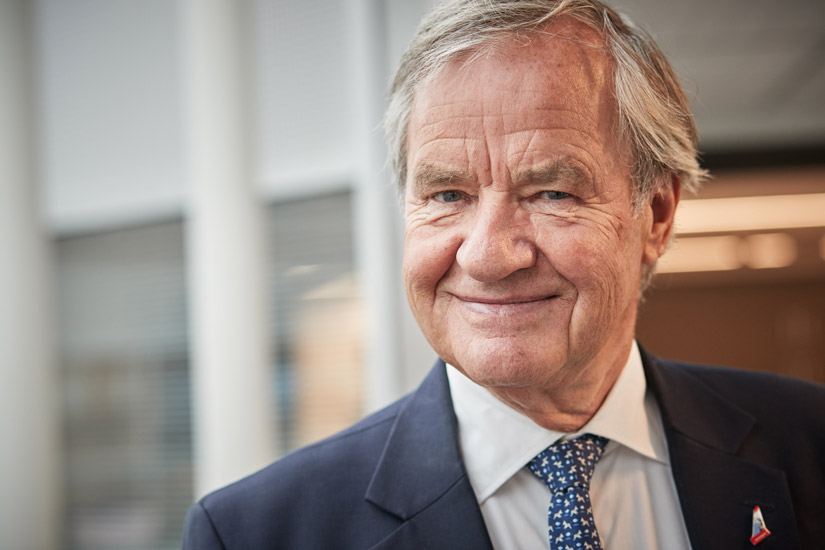 This growth brought the carrier to the attention of rivals, and it last year rejected bids from IAG. But following the rapid expansion and amid more challenging financial pressures, the airline has more recently shifted emphasis from growth to securing profitability.

Norwegian has announced Kjos will leave his role today but will continue to act as an adviser to chairman Niel Smedegaard, who is taking on "a more active role in the management". Smedegaard, former chief of ferry operator DFDS, was nominated as chairman in April, replacing another long-serving executive Bjorn Kise at Norwegian's AGM in May.

"Bjorn [Kjos] has played an unprecedented role in Norwegian's success," states Smedegaard. "I am very pleased Bjorn will remain at the company as an adviser to the board and the chair.

"As Norwegian moves from growth to profitability, it will be an advantage for the company to benefit from Bjorn's extensive network [and his] in-depth knowledge of and experience with global aviation. We have already started the process of recruiting a permanent new chief executive."

Norwegian says that running a profitable business and "boosting company value to the benefit of shareholders, customers and employees" will be key for the chief executive going forward.

"We have to ensure that Norwegian is well prepared and positioned to handle volatile markets and unexpected events," adds Smedegaard. "It is crucial that we continue to deliver on our cost-reduction initiatives and that we constantly ensure that we have a route portfolio that yields profit. It is also important that the new CEO develops an organisation that embraces continued improvement and operational excellence."