Frontier Airlines is setting its sights far from US shores with its order for 18 of the new long-range Airbus A321XLR.

The Denver-based ultra-low-cost carrier could use the aircraft to launch flights to Hawaii or as far away as Europe and South America, says chief executive Barry Biffle.

The A321XLR "enables us to fly coast-to-coast in the United States, allows us to reach Hawaii with a full density, and interesting international opportunities both Europe and South America", he says.

Frontier converted 18 of its 177 A320neo-family orders to the A321XLR at the Paris air show, part of a larger commitment from parent Indigo Partners for 50 of the aircraft. Deliveries will occur in the 2024-26 timeframe. 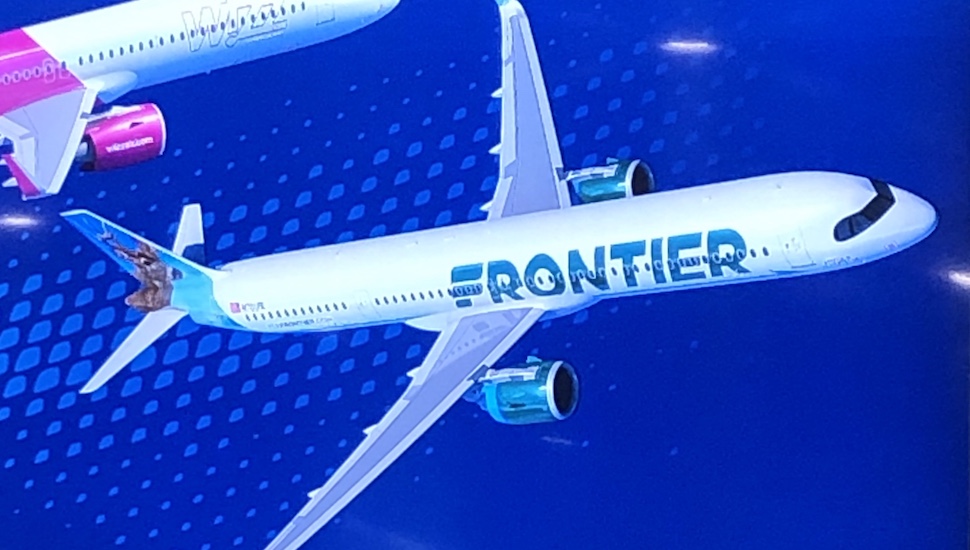 On the first day of the show, Airbus launched the A321XLR with a range of 4,700nm (8,704km) and room for up to 220 passengers in a standard single-class configuration.

Hawaii presents a large potential opportunity for Frontier, which is primarily a leisure carrier. The market is dominated by Alaska Airlines, Hawaiian Airlines and the mainline carriers, though discounter Southwest Airlines joined the fray earlier this year.

"Denver-Hawaii isn't the market that California-Hawaii or even Phoenix-Hawaii is," said Biffle when asked if Frontier could serve the islands from its Colorado base. Hawaii demand is highest west of the Rocky Mountains, and Caribbean demand east of the mountain range, he adds.

Denver sits on the eastern edge of the Rockies.

There is a chequered history of discount service to Hawaii. Ultra-low-cost carrier Allegiant Air attempted to enter the market with Boeing 757s from the US West Coast in 2012 but ended the service in 2017, citing insufficient demand for its product.

As for Europe, Frontier will "watch the market dynamics" over the next five years as it considers where to send its A321XLRs, says Biffle.

The transatlantic market is widely seen as a challenge for ULCCs. Norwegian has proved the most enduring low-cost name, continuously serving the market since 2013. JetBlue Airways is planning to slot itself between full-service and low-cost carriers with its new London flights from 2021.

Frontier could also fly the aircraft to as far as deep South America from Florida, says Biffle. These are markets that its Indigo Partners peer JetSmart is also considering from its Argentina and Chile bases.

US transcontinental flights between existing destinations are likely also in play for Frontier's A321XLRs. Its current fleet is unable to fly anything longer than Las Vegas-Philadelphia, which is 1,891nm, with a full payload, says Biffle.

"[It] enables us to go from New York, Boston [and] Miami to all points in the Western United States," he says of the long-range model.