They are parked at Seoul Gimpo airport, though Hi Air is based in the south-eastern city of Ulsan and aims to start services later this year. 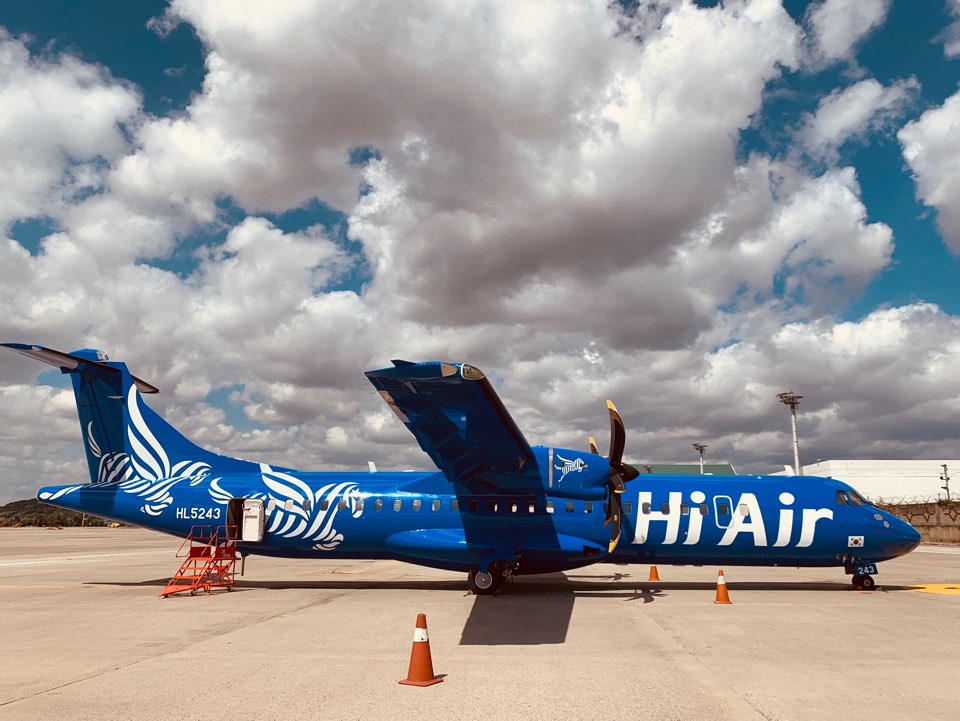 The airline plans to focus initially on domestic routes before launching short-haul international air services. It expects to expand its ATR fleet steadily, in line with route expansion.

Cirium’s Fleets Analyzer shows Hi Air took delivery of MSN 862 in May, which is a 10-year-old ATR 72-500 previously operated by Air Tahiti.

“We chose the ATR aircraft because it has lower fuel burn, can take off and land from short runways and is well supported in the region in terms of maintenance and training,” says Hyung Khan Yun, Hi Air chief executive.

There are 68 operators in 25 countries operating over 470 ATR aircraft in the Asia Pacific region. This points to a comprehensive customer support network, which includes training centres for air and ground crew, flight simulators, as well as MRO facilities catering to ATR aircraft, Yun adds.

The airframer has set its sights on the South Korean market, where there are no ATR operators. Sales director Jean-Daniel Kosowski told FlightGlobal in May that it ramped up dialogue in the past two years, and targets 30 aircraft with several South Korean operators, mainly smaller carriers and potential startups.

He adds that the turboprop would be able to provide direct connections between second- and third-tier South Korean cities with smaller airports.

“The ATR is one of the few commercial aircraft that can land and take off from a 1,200m long runway,” adds Vautier.

“It can even access runways as short as 800m with the newly developed STOL variant, the ATR 42-600S, which we expect to be launched industrially before year end.”