Mauritania Airlines has become the first airline in Africa to take delivery of an Embraer 175.

The Brazilian manufacturer says that in a ceremony held on 28 March the Mauritanian flag carrier was presented with the first of two 175s it ordered last year. Both will be long-range variants, Cirium's Fleets Analyzer indicates.

Embraer says the second aircraft will be delivered to the Nouakchott-based operator during the second quarter.

"The introduction of the E175 in our fleet will allow us to add more frequencies and new destinations whilst enhancing the quality of passenger experience, and offering greater comfort with the best cabin in this category," states the airline's chief executive Mohamed Bennahi. 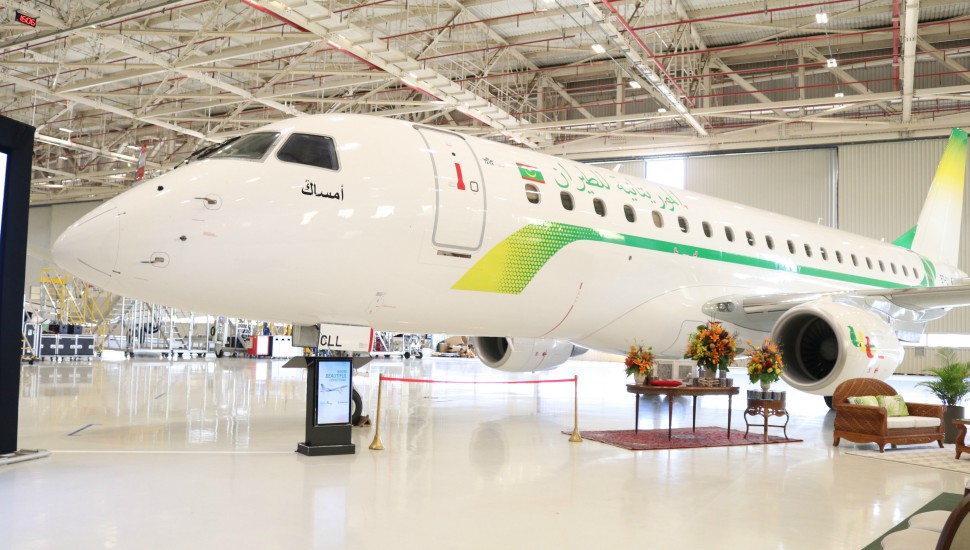