LATAM Airlines Group has debuted a new cabin interior that will roll out across two-thirds of the airline's fleet, in a $400 million investment the Oneworld carrier says is "upping the game" in offering an industry-leading experience onboard.

The new interior entered service on a LATAM Airlines Peru Boeing 767-300ER, registered CC-CXC, in recent weeks. LATAM Peru is the first of the airline group's affiliates to get the new interior. LATAM Brazil will receive its first aircraft with the new cabin in the coming months, followed by units in Chile, Colombia and Ecuador.

LATAM's Argentine affiliate will not receive the new interiors. The company says it is prioritising markets with greater growth prospects as well as affiliates that operate older aircraft that are most in need of refreshed interiors.

LATAM expects to finish the cabin reconfiguration programme in two years, outfitting 200 aircraft with new seats. It will roll out the new interiors across more than 150 Airbus A320 family aircraft, as well as 777s and 767s. New deliveries of Boeing 787-9s and Airbus A350-1000s will be line-fitted with the new interiors, with the first such aircraft to arrive at the end of the year.

The airline's existing 787s and A350s will be excluded from the initiative as they are still relatively new, LATAM senior vice-president Claudia Sender told reporters at an event in Lima to showcase the new cabin interior.

LATAM last unveiled a cabin interior refresh in 2014, when it sought to standardise seats following the merger of LAN and TAM in 2012.

"Technology is always changing," says Sender. "We need to keep upping the game."

The latest interior upgrade features new business seats that recline into fully flat beds, and more storage for personal items. Each business class seat comes with direct aisle access and a 18in Panasonic entertainment screen. In addition to the new seat, the airline is in the midst of redesigning its onboard experience to meet the needs of premium travellers. 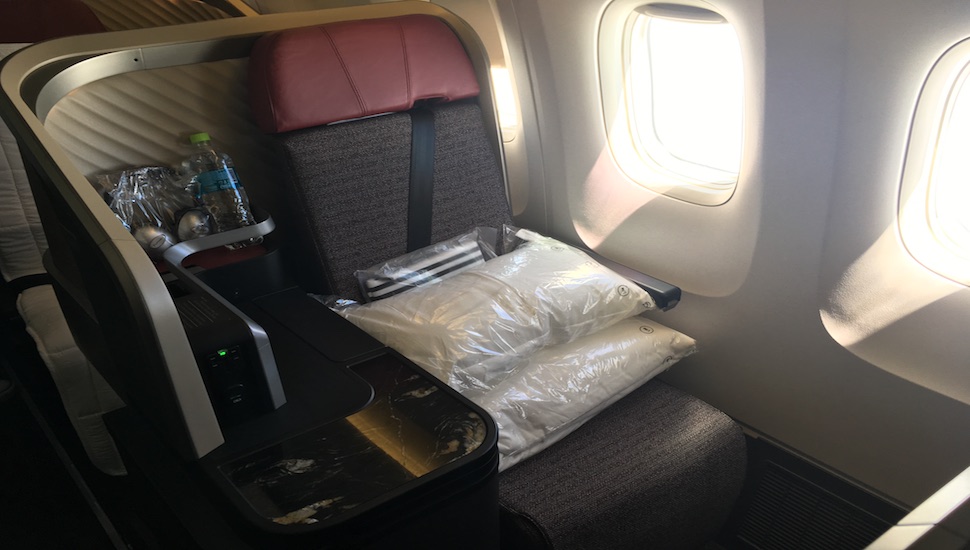 Sender says 90% of the airline's business class passengers travel alone, and typically prefer to rest or work during their flights. LATAM will tweak its onboard service to ensure fewer interruptions. "Most of our long-haul flights are overnight," says Sender. "A long duration meal service is not something they are interested in."

In line with providing a more restful experience for the business passenger, LATAM plans to offer lighter meals at the start of red-eye flights and a fuller breakfast before landing. It will also roll out new pillows and duvets in business class from mid-2018.

Beyond business class, the carrier is debuting new economy class seats with additional legroom, branded LATAM+, with 35in of seat pitch, footrests and priority boarding. The airline's 767s will be equipped with 39 LATAM+ seats. Regular economy class seats offer a seat pitch of 31 to 32in. 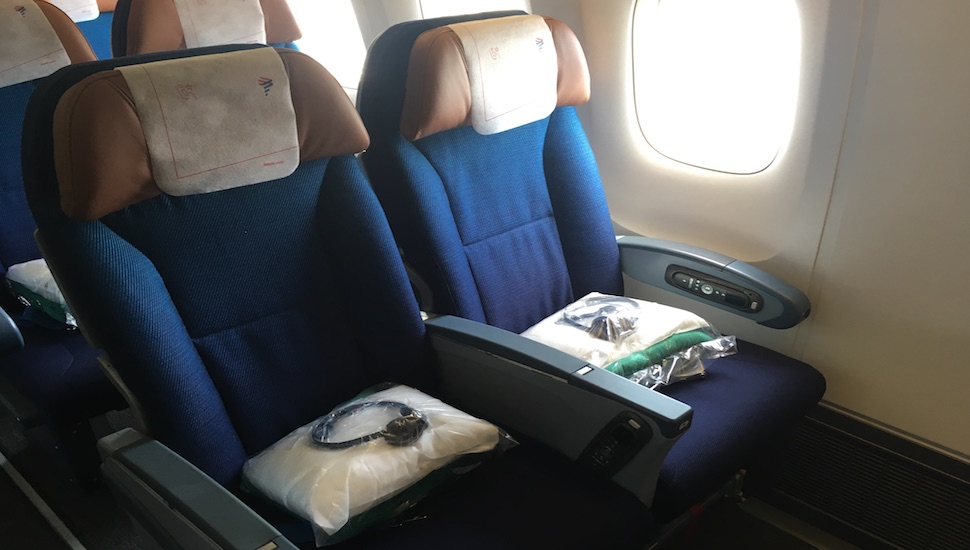 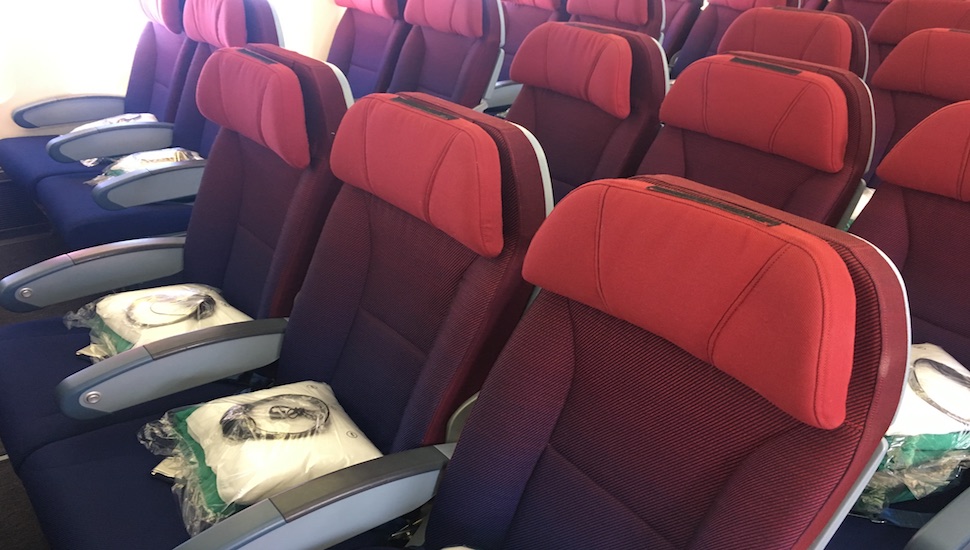 The cabin segmentation will allow LATAM to offer a differentiated experience for passengers, allowing them access to more options, says Sender.

While the airline is Latin America's largest carrier, it has faced growing competition in recent years due to the rapid expansion of new low-cost entrants in its markets including Chile, Peru and Colombia.

"We believe this helps us compete with the ULCCs, by offering more distinction in comfort and providing more options," Sender tells FlightGlobal.