The Qantas Group has opened its new flight training school at Toowoomba Wellcamp Airport, with the capacity of training 250 pilots annually.

“Opening our new Pilot Academy is a historic moment for Qantas, for aviation in Australia and for the thousands of future pilots who will learn how to fly here in Toowoomba,” says airline chief executive Alan Joyce. 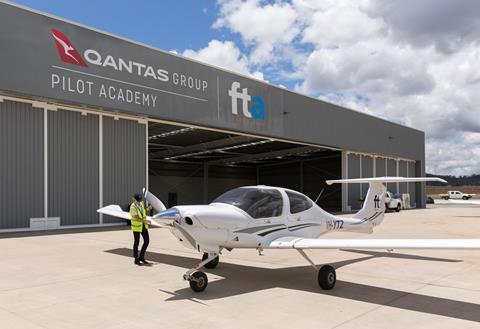 The academy trains cadets with the Diamond DA40 (pictured) and DA42.

“Qantas Group pilots have a long-held reputation for being amongst the best in the world because of their high standards of training, and that tradition continues with the launch of our own pilot academy.”

The academy will train pilots for Qantas Airways, Jetstar Airways, and QantasLink.

The academy includes a 1,500sqm hangar, four flight simulators, classrooms, and rooms for briefings and flight scheduling. Students will learn to fly with Diamond DA40s and DA42s.

Earlier this month 34 students started training at the academy, with 100 expected to be in training by the end of the year. 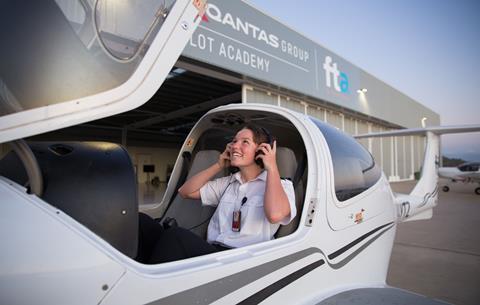 The Toowoomba academy will have the capacity to train 250 pilots annually.

The Toowoomba facility is the first of two Qantas pilot academies. In July 2019 Qantas selected Mackay, Queensland as the site of its second academy.

Both academies are located in the state of Queensland. Toowoomba is located to the west of Brisbane, while Mackay is located on the coast to the north.