RETROSPECTIVE: When Concorde wasn't the UK's cup of tea

When the first UK BAC-Aerospatiale Concorde lifted off on its maiden flight from Filton exactly 50 years ago, the supersonic aircraft was far from securing its legacy as a beloved and admired technological achievement.

Aircraft 002, bearing the registration G-BSST, took off on 9 April 1969, flying 38 days after Concorde became airborne for the first time with the departure of the French-built 001 from Toulouse.

Despite the twin successes the UK government’s opinions of the aircraft were rapidly diminishing. Two-and-a-half years after the Filton flight, in November 1971, the opening line of a confidential central policy review staff memorandum was explicit and brutal.

“Concorde is a commercial disaster,” it said. “It should never have been started.”

Even in the first few months after the Filton flight the concerns over Concorde’s appeal were becoming apparent. The UK’s Concorde economic prospects committee had stated that the aircraft’s operating costs would be 90% above those of the Boeing 747 – which had performed its maiden flight exactly two months before the Filton Concorde – and there was no guarantee that flag-carrier BOAC would take the supersonic jet.

“It is evident that if we go ahead with Concorde and it meets reasonable performance specifications we must do all we can to ensure that BOAC operates the aircraft,” said a memorandum by then-president of the board of trade Roy Mason.

But operation of the aircraft, he said, could only be profitable if a “sizeable” surcharge – up to 50% – was imposed on economy fares and a high average load factor, at least 68%, was maintained.

BOAC believed that Concorde could be operated without loss on transatlantic routes, if a suitable fare regime could be negotiated with IATA, but this would mean “creaming off traffic from subsonic services”, warned Mason. This meant BOAC would still effectively be losing £1-2 million annually on each Concorde.

The airline was “likely to be able to demonstrate that there is no commercial justification” for purchasing Concorde, the memorandum said, adding that BOAC was sceptical over projected load factors – sourced from an external consultant – on routes other than London-New York, given the probable resistance from economy passengers to high surcharges. 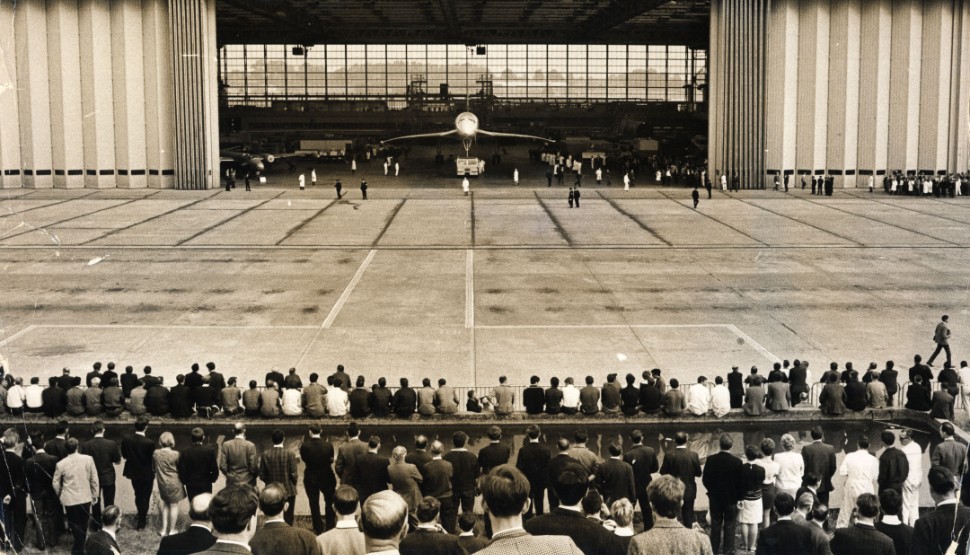 New legislation was being developed to establish the Civil Aviation Authority and an Airways Board to oversee BOAC and BEA, and Mason hinted that a forced acquisition of Concorde was, at least, conceivable – although not a course to which the government planned to resort.

“We have no powers to direct BOAC to purchase Concorde and it would not be desirable to take powers in the forthcoming Civil Aviation Bill to give a specific direction to the Airways Board to do so,” he said.

“We shall therefore have to rely on persuasion.”

Mason pointed out that BOAC’s experience with the Vickers VC10 and BEA’s with the Hawker Siddeley Trident 3B would “certainly” result in a demand for indemnification against financial loss if BOAC agreed to any government request take Concorde against its commercial judgement.

Sixteen airlines had placed 74 options on Concorde but the government was aware that operators would not place firm orders before BOAC and Air France. The ministry of technology stated in July 1970 that BOAC remained “pessimistic” about the effect of Concorde on its profitability.

“Their latest expenditure forecasts implied that they would lease Concorde, it said. “There is a strong possibility that they will refuse to operate Concorde without a subsidy.”

Even on a network of just five candidate routes, requiring five aircraft, BOAC was indicating that it would lose up to £3 million per year for each Concorde over 1975-76, and up to £1 million per year by 1979-80, if it operated a mix of Concordes and 747s as opposed to an all-747 fleet.

Prospects from other optioned customers, particularly US carriers, were also fading. The ministry warned that US airlines – including Eastern Air Lines, TWA, American Airlines, United and Pan Am – were unenthusiastic and looking to reduce their interest to the minimum number of aircraft necessary to maintain their competitive positions.

The central policy review staff memorandum of November 1971 put the BOAC loss from Concorde’s inclusion at £95 million – amended to £110-200 million in a handwritten margin note – over the period from April 1975 to April 1980.

It believed that BOAC could afford to take a “more imaginative” marketing approach to Concorde, including an incentive scheme, with special amenities to treat each passenger as a “VIP in a hurry”.

Suggested amenities included ‘Concorde Superbuses’ – with on-board customs, immigration and security checks – to transport passengers from central London. More curious proposals included an “air-ground radio service” for passengers, “specially-selected stewardesses”, and the serving of caviar and sandwiches to permit “more passengers instead of ovens to heat up pre-cooked duck”.

Despite its “commercial disaster” reference, and a description of the project’s management structure as “farcical”, the memorandum said the government should “commit itself whole-heartedly and publicly” to Concorde. It recommended the government ensure that BOAC did not order the aircraft later than Air France and that Concorde be sold, at least initially, at a subsidised price.

The bill for Concorde’s development had ballooned to £1.07 billion by mid-1974, with the UK’s share amounting to £535 million – none of which would be recovered. Production of 16 aircraft had been authorised: five for British Airways, four for Air France, with two other jets unsaleable without refurbishment.

No orders had been received for the other five but, even so, the French government – adamant that it would not entertain UK suggestions that the programme should be cancelled – was proposing to manufacture another three.

British Airways was estimating, by this time, that its five aircraft would generate £110 million in operating losses over 10 years. While the UK government argued that this made the aircraft “unmarketable” – and therefore justified cancellation – it considered that the French government would counter that marketability could only be tested once the aircraft entered service.

The UK government, in May 1974, put the cost of producing the 16 authorised aircraft – of which 14 would be in service – at £360 million, nearly £100 million more than the estimated overall cost of cancelling the programme inclusive of potential damages from French government lawsuits. It listed British Airways’ investment at £90 million.

Concorde’s customer base outside of the UK and French operators had whittled away by this point, and a briefing document from the Office of the Lord Chancellor stated that the “only serious sales negotiations” in progress were with Iran Air.

“Recent fuel price increases and the weak finances of many airlines give no reason for optimism for an early improvement in the market prospects,” it added, in a section relating to the French proposal to build three additional aircraft.

Production costs for each Concorde would exceed its sale price until the run reached 60-70 aircraft. “The chances of this figure being reached are virtually nil,” sad the briefing. Proposed fuel capacity hikes and weight savings would not improve Concorde’s attractiveness, as it would still generate the same noise and would still fall short of full payload capability on key routes including Lufthansa’s Frankfurt-New York and Qantas’ Sydney-Singapore.

While the notes of a May 1974 cabinet meeting acknowledged that the huge expenditure on Concorde, including a continuing subsidiary to British Airways, could be perceived as having been “devoted to enabling a few privileged passengers to fly faster at the taxpayers’ expense”, a paper submitted the day before, by secretary of state for industry Tony Benn, put forward several positive considerations.

“Concorde is the finest aircraft ever built,” it said and, five years after its maiden flight, the flight-test programme was well-advanced.

Future orders were “really possible” given that US airlines would lose first-class passengers to UK and French supersonic services, it claimed. All new technology was costly to launch, it pointed out, and the Soviet Union’s Tupolev Tu-144, plus a possible re-entry to the market from the US manufacturers, indicated that supersonic travel was “here to stay”.

These suggestions proved to be wildly optimistic.

But the paper also advised that the UK government should “finish what we have started” and avoid the “severe psychological shock” of scrapping the programme.

“We shall never know precisely how our people feel about Concorde until it really is cancelled,” it added. “After the steady decline of recent years in our fortunes this might be the final straw in self-denigration. And if the French went on with it, flying our Concorde under the Tricolour alone, the wound would not quickly heal.”

Benn believed that Concorde should be given “the chance it deserves” to prove itself in service, a decision which would also give the people the chance to pass judgement on the supersonic aircraft.