The offer was launched at S$300 million and upsized to S$500 million, “after a strong appetite was apparent from a select group of private investors”, says the group. 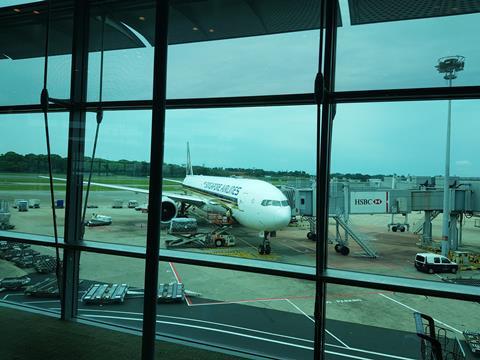 Proceeds net of issue expenses will be used for general corporate or working-capital purposes, including the refinancing of existing borrowings.

The bonds are set to be issued on 2 December and come under SIA’s Multicurrency Medium-Term Note Programme, which has been doubled from S$5 billion to S$10 billion, the group disclosed on 17 November.

Referring to this issue and a recently concluded S$850 million convertible bond issue placed with institutional investors and other investors, chief executive Goh Choon Phong states: “These reflect the strong confidence that investors have in the ability of Singapore Airlines to navigate the near-term challenges, and emerge as a leader in the airline industry.”

SIA says that including the latest bond issue, it has raised approximately S$12.7 billion in additional liquidity since the start of the financial year ending 31 March 2021.

Besides the recent bond issues, the sum comprises S$8.8 billion gross proceeds from a rights issue completed in June, S$2 billion from secured financing, and over S$500 million through new committed lines of credit and a short-term unsecured loan. Including the new lines of credit, SIA can continue to access over S$2.1 billion in committed credit lines, it says.

The company reiterates that positive discussions have taken place on its leaseback transactions and it continues to explore other means to further strengthen its liquidity as necessary. It also has the option to raise another S$6.2 billion in additional mandatory convertible bonds, for the period up to July 2021, under the fundraising plan for the S$8.8 billion rights issue.