TUI Group’s ambition to have fewer assets on its balance sheet means its airline operations will become more “partner-friendly”, according to the European travel giant’s chief executive.

Speaking to German newspaper Borsen-Zeitung on 5 August, Fritz Joussen states that TUI’s need for capacity does not mean “that aircraft are on the balance sheet”.

The TUI Cruises operation – which is a joint venture with Royal Caribbean Cruises – could provide a template for a future airline strategy where a proportion of fleet assets is held by other operators.

His comments came amid media reports that the group’s German airline unit TUIfly is considering a joint venture with compatriot leisure carrier Condor. 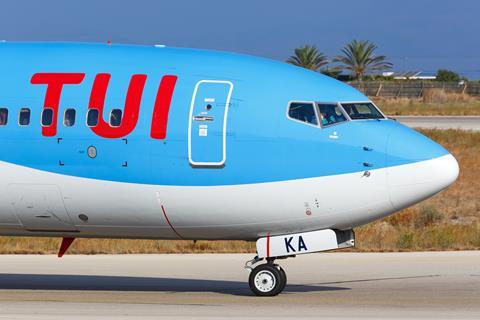 The latter was struggling financially before coronavirus hit, and saw a proposed takeover by LOT Polish Airlines owner PGL fall through in April.

Both TUIfly and Condor declined to comment on speculation regarding a tie-up when contacted by FlightGlobal.

TUI said in May that it is aiming to “permanently reduce” its overhead cost base across the group by 30%, citing efforts to “right-size” its airlines and aircraft order book.

As part of changes announced since, TUIfly’s fleet will be halved, while the operations of the German carrier and TUI’s four other European airlines – based in Belgium, the Netherlands, Sweden and the UK – will be brought under a single Hanover-based company.

TUI Group has also rejigged the schedule for the 61 Boeing 737 Max jets it has on order. It had 15 of the type in service when the global grounding of the type began in March 2019.