This approval by the DOT gives Aer Lingus the ability to integrate into the joint venture’s network planning, pricing, and sales activities, giving the Oneworld carriers opportunity to expand capacity on certain routes and giving customers more options for travel to Ireland and other European destinations. 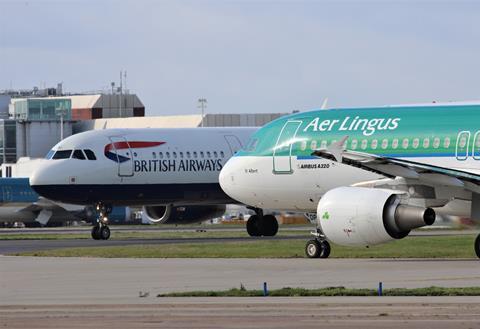 American in a statement praised the DOT decision published on 21 December, adding that Aer Lingus customers would have access to more than 200 new US destinations as part of the joint venture, which first formed in 2010.

Conditions set by the DOT to address any competition and public interest concerns include required compliance with slot remedies at London airports that exist as part of the Oneworld joint venture.

The UK Competition and Markets Authority (CMA) in September extended its airport slot remedy commitment an additional three years until March 2024 with the aim of stabilizing the airline sector in the wake of the coronavirus pandemic, at which point it will reassess the Oneworld joint venture.

Aer Lingus and the other carriers must also remove exclusivity clauses in their alliance agreements and DOT will review the alliance again in 2025.

Competitors on transatlantic routes between the USA and Ireland include Delta Air Lines and Norwegian, Cirium schedules data show.