The Canadian Competition Bureau (CCB) confirmed in a no-action letter that it does not plan to challenge the proposed partnership, says Calgary-based WestJet.

The proposed joint venture still requires approval from the US Department of Transportation. 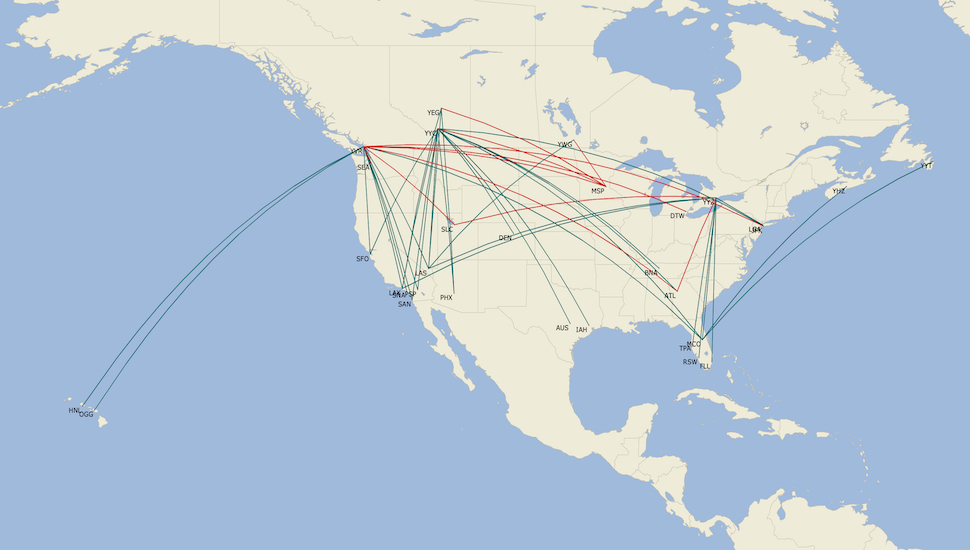 "Today's clearance by the CCB is an important step towards satisfying the conditions necessary to implement the proposed WestJet-Delta transborder joint venture," says Ed Sims, WestJet president and chief executive. "The joint venture will lead to more consumer choice, connectivity and economic benefits on both sides of the border by growing US-Canada business and tourism travel."

WestJet and Delta firmed up their joint venture agreement in July 2018. The deal will expand the two carriers' codeshare agreement and allow them to coordinate schedules and additional network expansion. The airlines will also be able to co-locate at airports, among other joint activities.

WestJet is the second largest carrier by capacity between Canada and the USA, with a 16% share of the market, according to Cirium data. Delta is the fourth largest player, with 9% of total capacity between the two countries.

A joint venture between the two airlines will position them to compete more strongly against Air Canada, the market leader with a 47% share of capacity between Canada and the USA.

"This significant achievement brings us closer to implementing a joint venture that provides a world-class experience for customers travelling between the US and Canada," says Delta chief executive Ed Bastian.

If cleared by US regulators, the joint venture will add to Delta's growing pool of such partnerships. The Atlanta-based airline already has joint ventures with Aeromexico, Air France-KLM, Korean Air and Virgin Atlantic.

It is awaiting regulatory approvals for an expanded joint venture with Air France-KLM and Virgin Atlantic that will combine the carriers' transatlantic partnerships into one deal.