IATA governors are to recommend former IAG chief executive Willie Walsh as its new director general after Alexandre de Juniac announced his decision to step down from the role at the end of March next year.

Former Air France-KLM chief de Juniac has served as director general of IATA since succeeding Tony Tyler in the summer of 2016. At the end of 2019, IATA’s board of governors proposed to extend de Juniac’s tenure. But de Juniac informed the association of his intention to step down from the role several months ago. 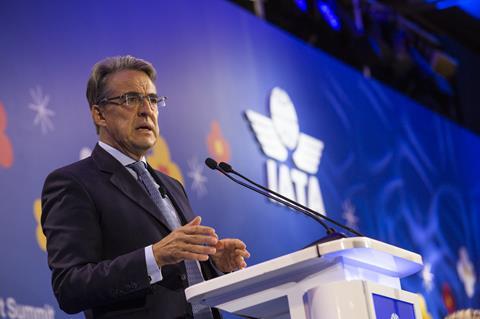 De Juniac says: “I did not come to this decision lightly. It has been the privilege of a lifetime to serve the global air transport industry — what I call the business of freedom — as the head of IATA. Over the last years IATA has strategically increased its relevance as the voice of the global airline industry. This has been evident in the Covid-19 crisis.

”IATA has set the course to restore air connectivity amid the pandemic with systematic pre-departure testing. We are well into preparations to fulfil critical vaccine distribution needs. In parallel, we have restructured IATA to survive the crisis and be ready to support the industry recovery with an organisation dimensioned to serve a smaller industry.

”The building blocks for an industry recovery are in place. And now is the right time to hand over IATA’s leadership for the long process of recovery.”

De Juniac’s disclosure of his departure came on the eve of IATA’s annual general meeting, which takes place as a virtual event from 24 November, at which Walsh will be proposed as his successor. Walsh, who has previously served as a board chairman for IATA, stepped down from IAG in September. 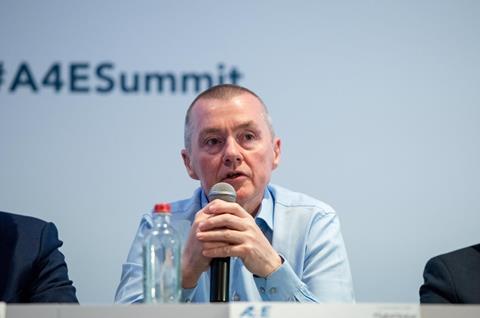 Walsh served as group chief executive of IAG since its formation in 2011, having previously led British Airways and Aer Lingus

“Alexandre has led our industry in extraordinary times. Under his leadership IATA has become a stronger and an even more relevant organisation,” says IATA board chairman, and Lufthansa chief executive, Carsten Spohr.

”I am also pleased that we are able to present a very capable candidate to the 76th IATA AGM to succeed Alexandre in this important role. I am convinced that Willie will be a great director general for IATA.”

Walsh will become the eighth director general of IATA when he takes up the role in April 2021.